European Union, should I stay or should I go?

The PEW Research Center in its Global Attitudes Survey conducted in Spring of 2017 asked European citizens if they want to stay in the EU or leave it.

After the majority of British citizens voted for their country leaving the EU, several analysts started to raise concerns on the fact that the idea of an “exit” option could spread among other EU member states. Is there evidence of a domino effect after Brexit? 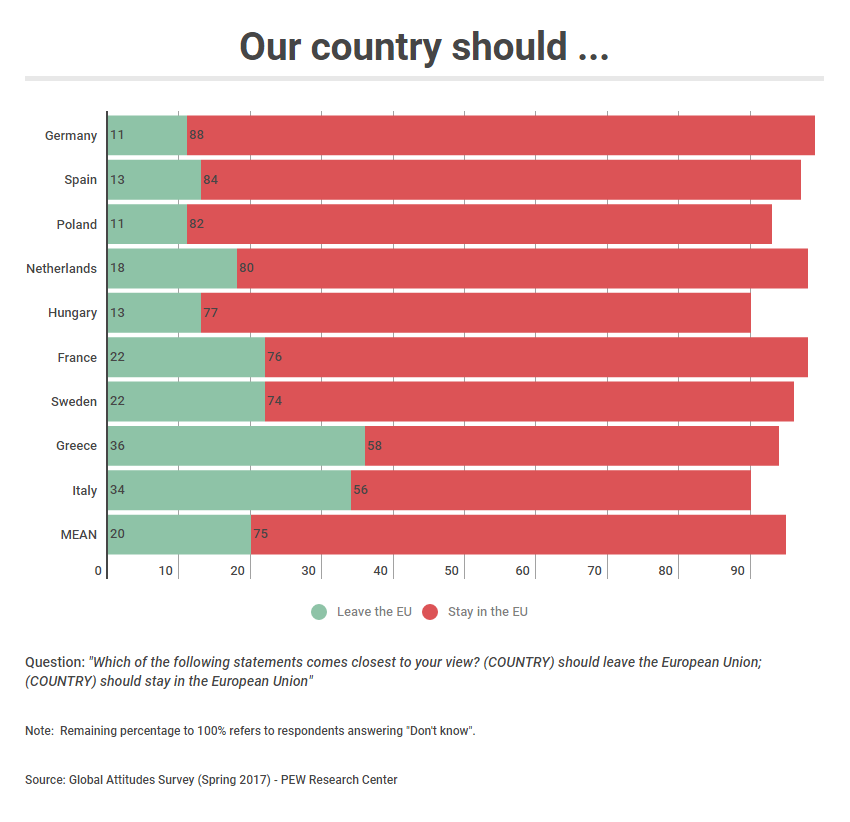 The PEW Research Center in its Global Attitudes Survey conducted in Spring of 2017 asked European citizens if they want to stay in the EU or leave it. Large majorities across all the nine countries surveyed preferred that their countries remain members of the EU. More than eighty percent of respondents in Germany (88%), Spain (84%), Poland (82%) and the Netherlands (80%) and around two out of three in Hungary (77%), France (76%) and Sweden (74%) agree that their country remains in the EU. Even in Greece and in Italy, where public opinions and political elites are much more critical of the EU institutions, only about one third of respondents voiced support for a “Grexit” (36%) or an “Itexit” (34%). 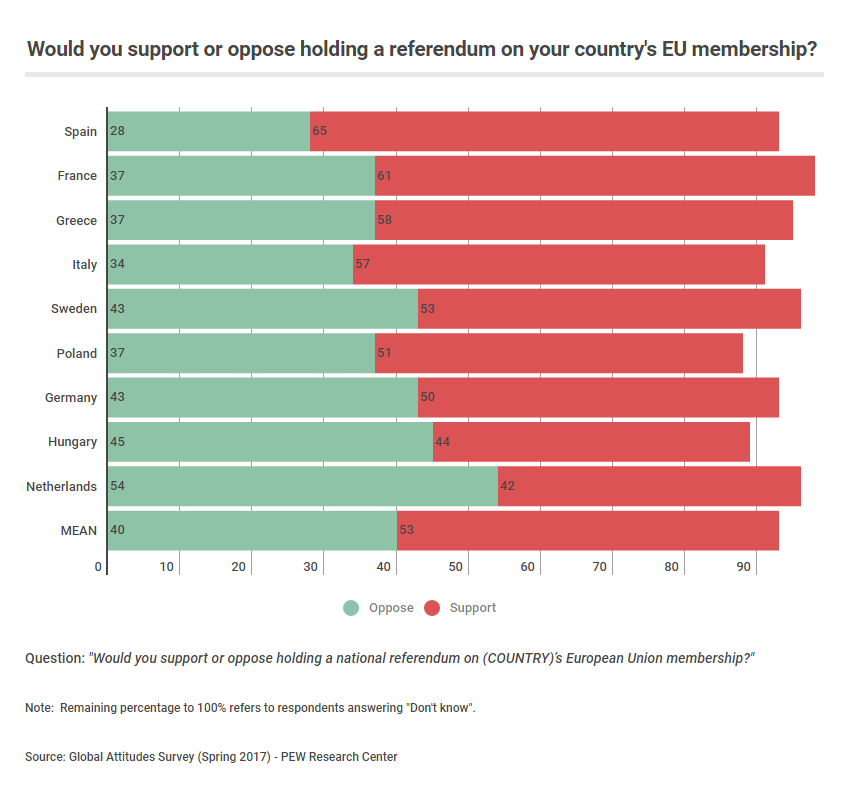 Although European citizens generally want to remain in the EU, they also agree that their countries hold a national referendum on EU membership. A majority of respondents in Spain (65%), France (61%), Greece (58%), Italy (57%) and Sweden (53%) supports such a national vote. Roughly, half of Poles (51%) and Germans (50%) agree. Netherlands instead is the only country, among the nine included in the survey, in which a majority of respondents (54%) are against the idea of holding a national referendum on EU membership.

This infographic is the second episode of a series entitled “EU and the UK after Brexit: A domino effect?”

«A basic income is a regular cash payment made to every member of some political community on an individual basis, without means test or work test. This last feature means that it is not restricted to those willing to work or unable to work»