Which are the determinants of citizens’ preferences on free movement? As shown in the REScEU Mass Survey’s Infographic #5, attitudes on the issue manifest no clear cross-country pattern. Country of residence only accounts for about 5% of variation in individual support for foreign access to national welfare and jobs. This is a surprising finding, which contrasts with the reasonable expectation that the “free movement vs. national closure” divide runs between low wage and high wage member states.

As the scholarship on welfare state development shows, individual preferences on labour market and welfare access are also influenced by class and occupation (e.g. Rehm, Hacker and Schlesinger 2012; Svallfors 2012). We hereby provide a first examination of the relationship between occupational class and attitudes towards free movement. In a nutshell, we expect welfare recipients and workers at the low end of the occupational scale to be relatively more supportive of “closure”.

Consistently with REScEU’s general framework, we adopt a neo-weberian approach (see Richard Breen’s chapter in Wright 2005). Our main referent is Erikson and Goldthorpe’s influential EGP7 class scheme (Erikson and Goldthorpe 1992; Ganzeboom and Treiman 2003), together with Lepsius’ notion of “entitlement class” (Versorgungsklasse) and other insights on the changing class structure of post-industrial economies (Lepsius 2009; Beramendi, Häusermann, Kitschelt and Kriesi 2015; Bradley 2014). We applied our analysis to six countries covered by the REScEU Mass Survey: France, Germany, Italy, Poland, Spain and Sweden. Details on methods can be found here.

Individual life chances in capitalist systems, Weber argued, mirror the distribution of marketable assets such as property and skill. Homogeneous “societal classes” with similar preferences, attitudes and behaviours may emerge as a result. Weber identified four of them: the “propertied classes”, the “petty bourgeoisie”, a “middle class” with formal credentials and a “working class” reliant on mere labour power. Goldthorpe and his co-authors have similarly distinguished “labour contract” jobs—where “mere” effort is closely monitored—from a “service relationship” based on specialization and trust. They thus identified seven core occupational classes, as shown in Table 1. 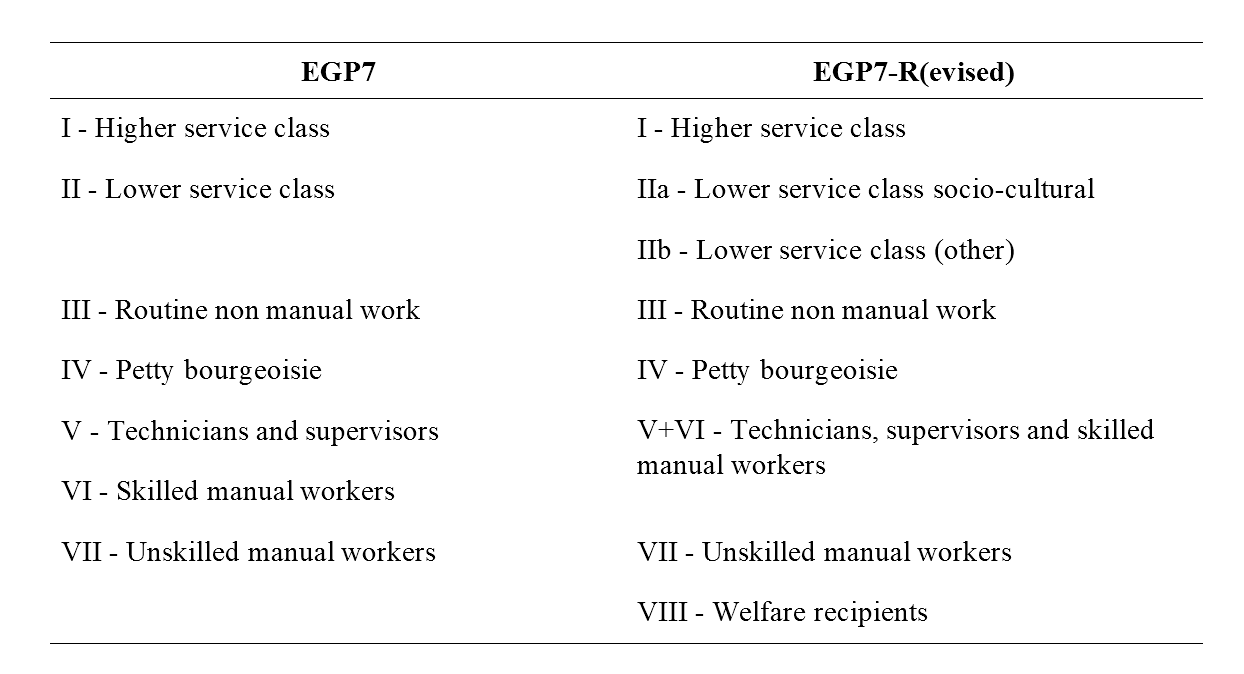 Table 1: The EGP7 scheme and the revised version

Our revised scheme makes three amendments to the original EGP7. Following Lepsius, it introduces “welfare recipients” (pensioners and unemployed workers receiving a subsidy) as class VIII. In addition, classes V and VI were merged, partly to increase their relative size within the dataset and partly to account for the effect of an emerging “affluent working class” (Bradley 2014). Finally, it accounts for fissures within the post-industrial “service class” by distinguishing socio-cultural (semi-)professionals (IIa: namely medical doctors, nurses and teachers) from the rest of the lower service class (IIb). (Evans and Mills 2000; Kitschelt and Rehm 2014).

Freedom of movement and occupational class: a visual inspection

As a first step, we calculated the position of each class along the left-right axis. Then, we plotted it against each class’s preferred degree of integration (Infographic #7) and their preferences for a market-making or market-correcting EU (see Ferrera 2017 and Infographic #1). We examine them as a background and a primer to the rest of the analysis.

The results are shown in Figure 1: in the REScEU mass survey, occupational classes gravitate around the centre of the political system: an expected result given that we are speaking of averages across countries. Nonetheless, a number of expected differences are recognizable in the data. Routine office and socio-cultural lower service employees, as well as welfare recipients lean slightly left-of-centre, while the higher service class and our “blue-collar elite” look to the right. The service class is also more pro-EU than the other classes (but this is less so for socio-cultural employees). While still in the pro-EU camp, skilled workers are instead the most skeptical about further integration.

Figure 1: Left-right (at national and supranational level) and pro-vs. integration attitudes of the occupational classes

Looking at the right hand graph in Figure 1, national and supranational left-right positioning seem weakly correlated at the class level. For most occupations in our sample they are negatively so: the further to the right one moves, the stronger is the preference for a market-correcting EU. Welfare recipients and unskilled workers follow the trend with a stronger base preference for supranational interventionism. Within a fragmented service class, however, the opposite is true. While most workers in Europe look forward to a protectionist right, a rather pro-EU service class is split between a market-correcting centre-left and a neo-liberal camp.

Against this backdrop, we find a somewhat stronger positive correlation between the leaning of a class on the left-right axis and its preferences on how citizens from another EU member state should access the national labour market (Figure 2). It is not surprising to see that the overall preference for free movement increases with the right-of-centre orientation of a class. This holds for most workers, whereas the service class has a higher baseline preference for free movement, which further increases moving rightwise. Unsurprisingly, unskilled workers are keenest on closure.

Two otherwise “centrist” classes, small employers and our “blue-collar elite”, have largely opposite preferences on welfare access, with the former being the most favourable to opening and the latter being the most supportive of closure.

Such correlation is even stronger as one looks at the supranational, rather than national, left-right axis. Socio-cultural lower service employees continue to be more supportive of free access than of supranational “politics against markets”. Most notably, also skilled workers are somehow more favourable to foreign labour market access than their preference for an interventionist EU would predict. The opposite holds instead for routine office employees.

Figure 3a: Left-right (at national and supranational level) and free movement (access to welfare) attitudes of the occupational classes

Interestingly, as Figure 3a shows, neither the national nor the supranational left-right orientation of the classes is a good predictor of their preference on foreign residents accessing national welfare benefits (welfare cosmopolitanism). Not only class preferences on foreign welfare access are rather similar across the entire left-right spectrum (both nationally and supranationally). Two otherwise “centrist” classes, small employers and our “blue-collar elite”, have largely opposite preferences on welfare access, with the former being the most favourable to opening and the latter being the most supportive of closure.

Interestingly, our blue-collar elite is, all things considered, the strongest supporter of labour market openness. This may reflect, among other things, their status of labour market insiders.

In Figure 3b we coded our welfare access variable differently and considered non-discrimination vis-à-vis foreign EU citizens not as a form of closure, but as partial opening. We call this “EU-bonding” effect. 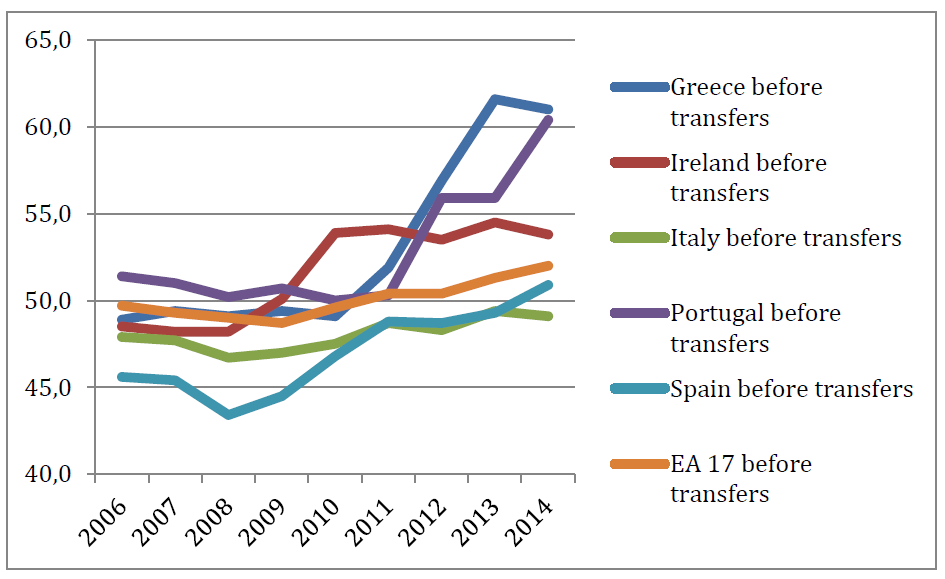 The overall correlation is still dubious, but we see a more informative pattern. At the high-end of the class structure (the service class and the petty bourgeoisie) the correlation is null. Among the other four classes, the correlation is negative and this is much more evident supranationally than at the national level. Skilled workers and, even more so, routine office employees are the most impermeable to the EU-bonding effect. One can make sense of these findings hypothesizing a strong effect of national institutions and their impact on inequality (Van Der Waal, De Koster and Van Oorschot 2013).

A significant impact of occupational class on attitudes towards freedom of movement?

Visually inspecting the data gives no assurance that the differences plotted above are statistically significant at the individual level. How much does belonging to a class rather than another influence the orientation of a respondent towards free movement? To answer this question we now look at the role of social class in predicting individual preferences. 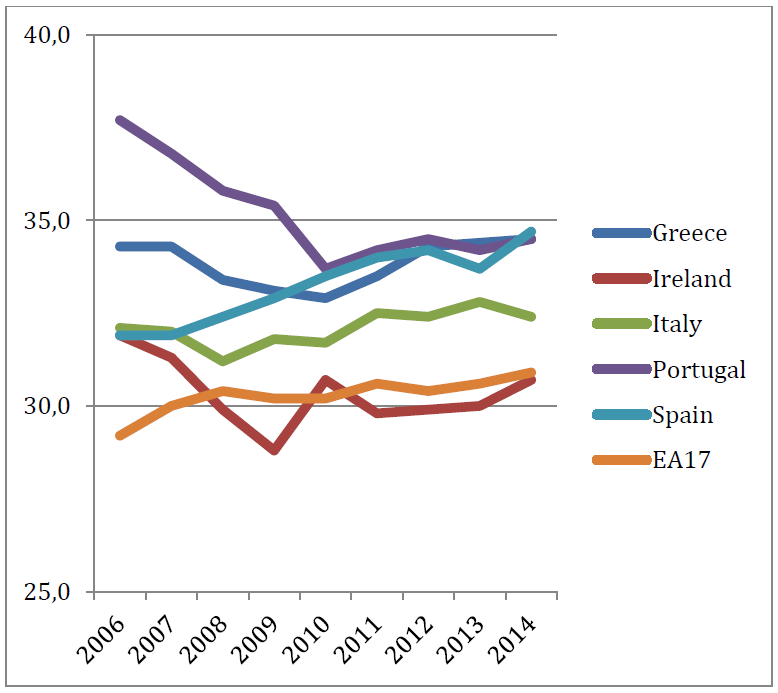 Figure 4: Predicted preference of each class for (left) or against (right) foreign access to the national labour market, compared to unskilled workers.

Compared to the unskilled workers (Figure 4), the most vulnerable class in the sample, higher service employees and lower service workers with a socio-cultural profile have a significantly higher probability to be in favour of labour market opening. Interestingly, our blue-collar elite is, all things considered, the strongest supporter of labour market openness. This may reflect, among other things, their status of labour market insiders.

Turning the picture upside-down and looking at relative preferences for total closure, it appears that the entire service class, regardless of contractual or cultural heterogeneity is significantly opposed to closure vis-à-vis the unskilled, while this is not the case for the rest of the blue-collar workers. In both cases, the effect of being a small-employer or self-employed is strong and in the expected direction, but slightly below the 95% confidence level.

Figure 5: Predicted preference of each class for (left) or against (right) foreign access to the national welfare system, compared to unskilled workers.

Finally, shifting our focus to individual preferences for welfare access, we found only two significant effects of class. Both address individual preferences for unrestricted foreign access to national benefits. Being a small-employer or self-employed, rather than an unskilled worker, is associated with greater “welfare cosmopolitism”; being a skilled worker, instead, with greater “welfare chauvinism”. We found instead no significant effect of class on preferring closure over unrestricted access for citizens from other member states.

While class preferences for closure seem to be strongly associated with those for a market-correcting EU, at the individual level the strongest divide is among blue-collar insiders and outsiders, with the former being far less afraid of foreign competition on the labour market, but much keener on restricting welfare access.

With hindsight, net of the impact of national welfare institutions, this is most probably the flipside of what shown in Figure 4: labour market insiders are defensive of their “privileged” welfare status, while the petty bourgeoisie, reliant on private welfare in most countries, is less preoccupied by a deflection of public entitlements. Moreover, a negative attitude towards foreign EU citizens has little to do with class. Most probably, it is associated to other characteristics, such as individual value orientations.

Our analysis confirmed what the literature expects on the relation between occupational class and preferences on matters of foreign access to national welfare and jobs. On cross-country average, classes vary in their preferences for openness and closure as much as they vary in their left-right leaning or support for further integration.

While class preferences for closure seem to be strongly associated with those for a market-correcting EU, at the individual level the strongest divide is among blue-collar insiders and outsiders, with the former being far less afraid of foreign competition on the labour market, but much keener on restricting welfare access. This being said, only a closer inspection will elucidate how these statistical associations play out against country-specific and institutional effects as well as a broader set of individual level controls.