We are “neither left, nor right”, but “progressives”, kicks off Andrea Venzon, President of VOLT Europa, as he describes in a few words the identikit of the pan-European movement he co-founded in 2016, a few days after Brexit became a reality.

The members of VOLT are 36 years old on average and 70% of them did never subscribe to any political party. At the same time, they are flying high as they promise to “radically change the way politics is done and European institutions” through the first-ever pan-European party in history. As of now, VOLT is establishing political parties in all main EU Member States.

Alexander Damiano Ricci (ADR): Mr. Andrea Venzon, how do you want to get to the point “of radically changing the way politics is done and European institutions”? What is needed to create a pan-European political party?

You need to establish at least seven parties in as many Member States and have national deputies elected in each country.

ADR: What is VOLT?

VOLT is a “moderate” political force and pan-European movement which covers a spectrum ranging from the centre-left to the centre-right. Our manifesto foresees five overarching objectives that will need to be adapted to each national context.

The EU needs to be democratised at large through new electoral procedures for the EP. We need to revamp the linkage between European deputies and national and regional territories

ADR: Which are these 5 objectives?

Establishing an “intelligent state administration”, through the modernisation of the public administration; spurring an economic renaissance based on growth; granting high standards of social equality at the regional and national level; initiating a process by which the EU can influence global dynamics; fostering innovative forms of participative politics without playing into the hands of those who reclaim direct democracy. 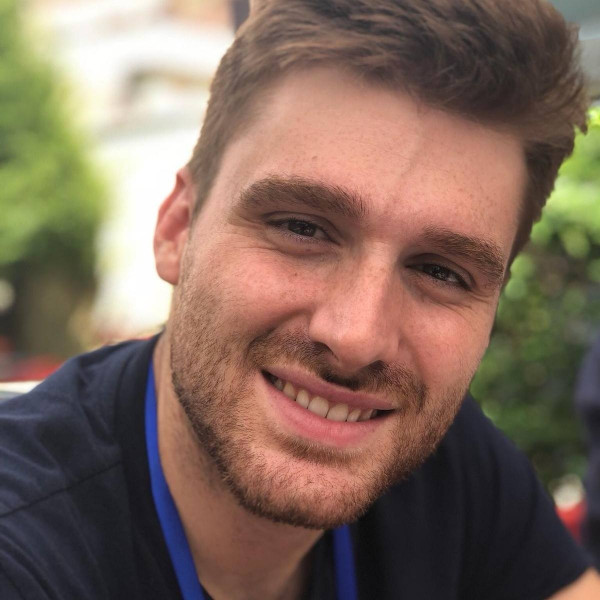 ADR: So where does the governance of the EU come into the picture?

Of course, we need to radically reform the EU, starting from the strengthening of the role of the European Parliament in the legislative process.

ADR: Don’t you think this is a bit weak compared to the criticism of Eurosceptic forces?

On top of that, we need to manage the migration crisis. The Dublin regulation needs to be overcome employing a mandatory relocation scheme backed by monetary fines for State who do not accomplish their obligations. At the same time, we need to develop a financial plan to spur the development and stability of the African continent.

ADR: However, migration is not the only concern of the critics of the EU.

That’s right and the reason why we need as well a corporate-financed budget for the Eurozone. Secondarily, the European stability mechanism (ESM) must be anchored democratically to the Eurogroup and work according to a majority voting system. Last but not least, the EU needs to be democratised at large through new electoral procedures for the EP. We need to revamp the linkage between European deputies and national and regional territories.

Yes. There are political spaces that need to be filled. We look forward to conquering the preferences of the youth through “community organising” practice, that is: restructuring the way politics is done on the ground, starting off from local contexts. We want to bridge traditional politics and the digital age. Exactly as Obama did in his 2008 electoral campaign.

The trajectory of the French President, Emmanuel Macron, is an excellent example in case: counterparts of other Member States block even national leaders with grand reform plans. If VOLT succeeds, things will change

ADR: Can you explain more in detail what community organising is?

We must re-create leadership and participation at the very grassroots level. The latter implies an investment in human capital and resources locally. At the same time, these leaders need to be willing to dialogue with the national and European level. Community organising means building a process that hinges upon the creativity and cooperation of individuals.

ADR: How do you plan to establish the link local-national-European?

We set up an online academy for this strand of activities. Every time there is an event VOLT is called to participate, the academy organises online sessions where party members interact with and learn from policy experts.

ADR: Why is it vital to establish a pan-European and transnational political arena?

Because in the face of nationalist and extremist forces there is much need for an alternative that reaches every corner of Europe. A transnational party and movement is the only chance we have to reform the EU concretely. The trajectory of the French President, Emmanuel Macron, is an excellent example in case: counterparts of other Member States block even national leaders with grand reform plans. If VOLT succeeds, things will change.

An abridged version of this conversation was published in the Corriere della Sera.