On May 9, the anniversary of the Schuman declaration of 1950, European citizens celebrated “Europe day”. We followed the event on Twitter by collecting tweets containing the hashtag #EuropeDay, for a total sample of 64,445. Of these, 37,614 were sent from EU member states. This infographic shows the geographic distribution of such conversations.

Create your own infographics

Figure 1 shows the five most retweeted tweets expressing some sort of sentiment about Europe Day. 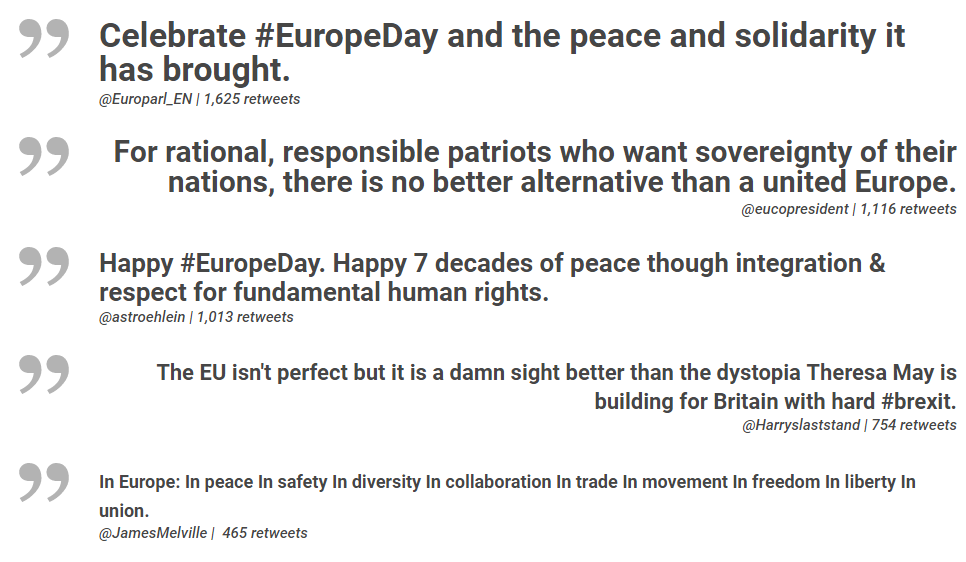 It is worth noting that the negative sentiments towards Brexit could not be dispelled by the otherwise optimistic and celebratory mood: the Brexit topic makes it in the most retweeted tweets–as displayed above–as well as in the most frequently used hashtags, as shown below.

Create your own infographics