Approximately every seven years, the Council of the European Union and the European Parliament receive a proposal for the EU’s future multiannual budget. The sender is the European Commission, which in its proposal also takes into account the preferences of a wide array of stakeholders, including NGOs, civil society organizations and various public authorities. The resulting document, called the multiannual financial framework (MFF), initiates a policy process that eventually ends with the Council and the European Parliament approving the multiannual budget. At 1% of the EU GDP (2014-2020) and 2% of the EU’s combined public expenditure, the EU’s budget cannot rival the government spending of federal entities, such as the US (which spends 37.6% of its GDP in public expenditure). Moreover, EU budget shares, in terms of their GDP, are declining over time, from 1.25% in 1993-1999 to 1.03% in 2014-2020 (Figure 1). 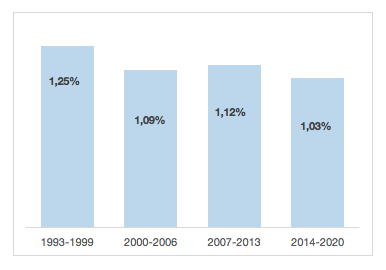 Figure 1. The EU budget in terms of Europe’s GDP

It is, nevertheless, the most important financial document concerning EU policies, detailing strategies for cohesion and common agriculture, for example, which account for 73% of the EU budget (Figure 2). These policies, in turn, have become one of the main sources of investment in many Member States; from 2015-2017, cohesion policies represented 80% of the total public investment in Portugal, for instance. The EU budget is undoubtedly relevant; the “existential crisis” that ensued from both the Sovereign debt crisis and Brexit has only heightened its salience. The next MFF will start in 2021, and negotiations are looming. What will the debate be about? We attempt to map the current debate by examining the alternative policies proposed by the Commission, and by focusing both on the traditional lines of conflict between the Member States and the financial issues that continue to emerge after Brexit.

Five scenarios for the EU budget

The current debate on the EU budget started in May 2017, when the Commission issued the “White Paper on the Future of Europe”. While traditionally the discourse on European integration has swayed between the contrasting positions of ‘less’ and ‘more Europe’, the current situation has set the tone for a nuanced debate, translating into five scenarios on the EU’s future development. These scenarios were then analysed, both from a financial perspective in June 2017 (“Reflection Paper on the Future of the EU Finances”) and from a social perspective in May 2017 (“Reflection Paper on the Social Dimension of Europe”).

The first scenario, “carrying on”, will continue the 2014-2020 agenda with some minor adjustments favouring “high added value policies”, such as external action, security and competitiveness over traditional policies such as cohesion and common agriculture. The second scenario, “doing less together,” consists of intergovernmental cooperation modelled on the Single Market; traditional policy expenditures will be lowered, while security and migration receive no funding. This scenario has some substantial implication in relation to the emerging EU social dimension since it will not tackle the “persistent differences in consumer, social and environmental standards” to avoid a “race to the bottom”. The third scenario, “some do more,” will allow some Member States to “do more in specific areas”, especially in areas concerning the EMU’s fiscal capacity; regarding the social dimension, this scenario will allow a smaller set of Member States to “agree to common social standards thereby reducing compliance costs”, which also implies a differentiated treatment of citizens’ social rights, as derived from EU law. “Radical redesign” is the fourth scenario, it proposes a complete overhaul of the EU’s policies by granting fewer resources to both cohesion and common agriculture policies, while increasing competitiveness, security and migration; social rights can be strengthened in certain areas, while reduced elsewhere. The last scenario, “doing much more together”, proposes to revamp the European integration project by both increasing current expenditures in traditional areas and at the same time granting substantial new resources in the areas of security and economic policy. In particular, in relation to economic policy, the Commission has recently suggested that a “macroeconomic stabilization function” be introduced into the Eurozone in order to prevent asymmetric shocks posing a threat to the common currency. At the same time, this scenario will allow greater coordination of social matters within the Eurozone, while maintaining high social standards across the Union.What is particularly striking is the fact that the Commission is now openly discussing two institutional pathways that were explicitly discarded in the early ‘90s: a “free-trade” only intergovernmental Union (the second scenario) and a “Europe at different speeds” (the third scenario). 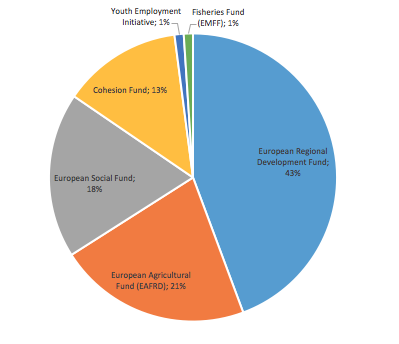 Why has the Commission felt the need to address these options once again? In the 2017 State of the Union Address, President Juncker clarified what the Commission aimed to do in these scenarios: “I wanted to launch a process in which Europeans determined their own path and their own future … [the future of Europe] has to be the result of democratic debate and, ultimately, broad consensus”. In this process, ideal and practical motives are deeply entangled. On the one hand, Member States need to make a conscious decision about the underlying conception of the EU polity that will drive the future integration process; is it a free-trade area, an integrated economic region or a fully-fledged political and economic union? On the other hand, Member States need to provide adequate budgets to successfully implement this vision. Budget planning, however, is a controversial activity due to its distributive implications; who should pay, how much and for what? The answer is not trivial; even when the debate on the “ideal Europe” is settled, the intricacies of the budget still have the potential to make European policy-makers settle for a subpar solution. What, then, are the issues that decision-makers are likely to face in future negotiations?

Brexit: a constraint or a window of opportunity?

When it comes to the future MFF, scholars in the field (1, 2, 3) agree that Brexit is one of the major issues that will affect future negotiations, both directly and indirectly. With the UK being one of the major net contributors to the EU budget, Brexit will directly affect the financial equilibrium that, until now, has allowed a relatively stable budget throughout successive MFFs. The annual “funding gap” in the EU’s finances has been estimated at either 17 billion euros (11.5% of the current MFF), if the EU decides to keep its current level of expenditure, or 10 billion euros, if the money currently spent in the UK (7%) were to be scrapped. In order to cover this gap, a mix of cuts in current expenditures have been proposed, along with increases in direct contributions from Member States; for what concerns the proportion between cuts and increased contribution, Commissioner Oettinger has proposed a general “50:50” approach, with the proportion being changed to 80:20 in favour of new contributions which will cover the new “added value” tasks previously discussed. This will inevitably divide Member States between those in favour of raising contributions and those in favour of cutting the budget. 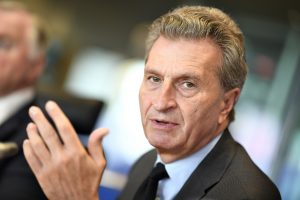 The Delors Institute has provided a rough estimate of these coalitions by taking into account data on Member States’ current net balance positions, along with a hypothetical increase in financial contributions as a consequence of Brexit. In this estimate, the first coalition will be a group of net recipients in Southern and Eastern Europe; the second coalition will be composed of a group of net contributing Northern European Member States, in addition to France. Interestingly, there is a group of Member States that “[are] relatively close to [the] balance in per capita terms”, including Italy, Spain, Ireland, and Belgium and perhaps France. It is important to notice, however, that this kind of interest-based scenario leaves out other relevant factors, such as public discourse.

Interactive timeline: the 2016 EU referendum campaign in the UK

The UK has always been one of the most vocal opponents of increasing the budget; in its absence, the group of the “frugal four”, Austria, Sweden, the Netherlands and Denmark will, most likely, take a harder stance in negotiations. At the same time, the domestic political equilibria in Germany have shifted, and the coalition government is committed to a “budget for future spending geared toward bringing more benefits for Europe”. In line with the fourth scenario, Angela Merkel has recently declared that “the debate about the future financial framework is also a chance to look at the finances of the EU as a whole”. On the other hand, in recent months France has called for an enlarged Eurozone budget and a permanent finance minister, which aligns with the Commission’s third scenario.

All in all, there is still room for debate; in the coming months, the Commission’s formal proposal will provide a common negotiating ground by ruling out four out of the five scenarios. Only then, when negotiations between States have begun, will we know if the Commission’s strategy permits a new style of negotiations, and what the shape of the post-2020 MFF will be.

«To mark the 19th edition of their flagship publication, the European Social Observatory (OSE) and the European Trade Union Institute (ETUI) are holding a presentation-debate.»