Mind the gap: effects of online deliberation on the EU public-elite divide

By Francesco Olmastroni and Linda Basile

Online deliberation offers a new tool to study how citizens and politicians can and should communicate, with the purpose of reducing the gap between the two sides.

These are difficult times for the European Union. The refugee and the financial crises, the security threats coming from neighbouring countries, as well as Brexit, are putting both European values and the political system under strain. In this scenario, the public’s desire for effective responses may turn into hostility towards political elites and the European project, especially if people feel their voices are unheard by their representatives in their national capital or in Brussels. While competing to get their messages across to voters, politicians are often accused to misunderstand people’s concerns and priorities, citizens being increasingly seduced by parties promoting a fierce opposition to established governmental authorities and the EU (Quaranta 2015; Raines, Goodwin and Cutts 2017).

The EUENGAGE project sought to address some of these hurdles by offering a sample of European citizens and national MPs the opportunity to interact and discuss the challenges the EU is currently facing in a moderated virtual arena. Online deliberation combined the need for more interaction – both amongst citizens and between people and politicians – with the need for a mediated, responsive and more informed environment, where people and policy makers could engage in a constructive dialogue (Albrecht 2006; Min 2007; Davies and Peña Gangadharan 2009). This article aims to explore the potentialities of online deliberation, conducted within a controlled and mediated environment, both in terms of encouraging civic engagement and bridging the gap between people and politicians, by examining the results of the online event e-Voice (EUENGAGE Virtual Open Interaction for Communities’ Engagement), held in October 2016.

The e-Voice event was set up as part of the EU-funded project EUENGAGE (Bridging the gap between public opinion and European leadership: Engaging a dialogue on the future path of Europe) aimed at inquiring into both the current tensions between supranational EU governance and popular mobilisation at the national level andproposing empirically-grounded remedial actions in response to the relationship between public opinion and (national and supranational) political elites.

From 17th to 27th October 2016, the e-Voice event involved about 300 citizens from 10 European countries (Czech Republic, France, Germany, Greece, Italy, the Netherlands, Poland, Portugal, Spain, and the United Kingdom). Participants were randomly recruited from a pool of about 2,000 interviewees per country who had participated in the first wave of the EUENGAGE mass panel survey, carried out by the University of Siena, in partnership with Kantar Public, in June/July 2016. By logging into an ad-hoc online platform provided by Krealinks through the use of personal usernames and passwords, participants could interact with fellow citizens from the same country in an open-ended text chat and ask policy experts questions on the three main topics investigated by the project: namely, economy, immigration and security. Furthermore, based on the discussion group they were assigned to, participants could access balanced information in the form of documents, info-graphics and videos (groups A and B) and/or pose questions to national politicians (groups A and C) about the main challenges faced by the EU. In the last days of the e-Voice event, participants were then given the opportunity to formulate policy proposals in response to these challenges and vote upon a selection of them to be disseminated through the EUENGAGE Twitter account and sent to politicians participating in the event. The most proposals with the most votes will subsequently be delivered to the European institutions, policy makers and relevant stakeholders attending the EUENGAGE final event scheduled on February 27, 2018 in Brussels.

Deliberation took part live and synchronically in all countries, under the moderation of professional facilitators coordinated by the Inventio Group, who were themselves under the supervision of the CIRCaP research team at the University of Siena. Moderators ensured that a civil exchange was conducted amongst the participants, helping them throughout the entire event by clarifying technical issues concerning the use of the platform and introducing the new activities proposed during the event. Even though the moderators took a neutral stance, they had to ensure that all participants were engaged and had the same chance to talk. Finally, moderators collected questions asked by participants to politicians and acted as forward and backward translators (i.e. translating from the national language into English, and vice versa) when citizens had questions for policy experts.

The content analysis of the verbatim records of the group discussions clearly shows that immigration superseded all the other topics under debate—even if moderators, from time to time, encouraged participants to address the other issues as well. This result is confirmed by the results of the pre- and post-event questionnaires, administered to the participants via the online platform, with illegal migration to Europe being perceived as the most worrying problem before and after the event [Figure 1]. 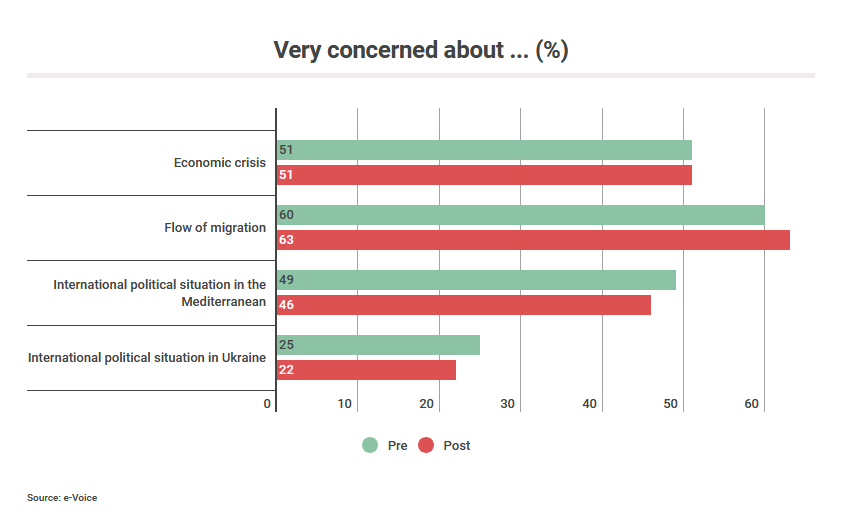 [Figure 1] Concern about the issues under discussion before and after the event – Source: e-Voice

What – albeit only slightly – changed after participation in the e-Voice experiment was people’s awareness of the need to pursue a more coordinated action at the level of the EU in order to address the challenges in economy, migration and security. Interestingly, before the event 33% of the people answered that “decisions should be taken by elected politicians” and 31% that this should be the citizens’ duty. The former percentage increased up to 40% after participation in the event. While the proportion of those who thought “decisions should be taken by ordinary citizens” remained unaltered (31%), the main change occurred amongst those who expressed a neutral stance in the pre-event survey [Figure 2]. 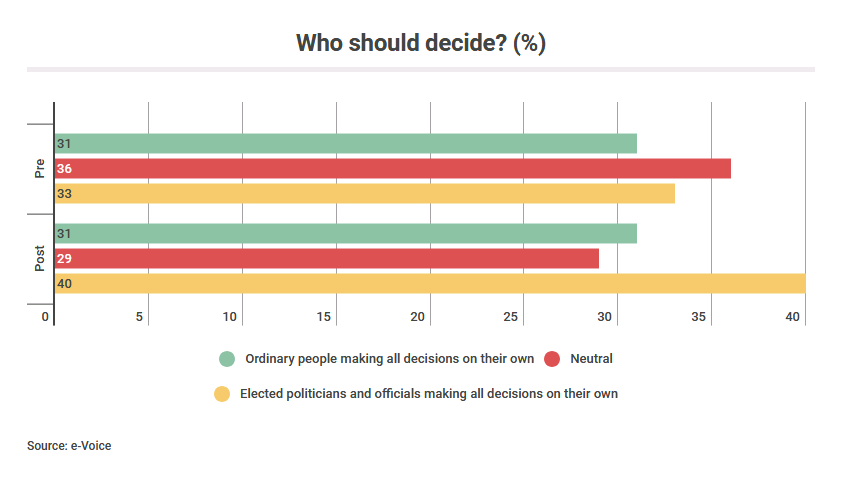 [Figure 2] Opinions on decision-making powers before and after the even – Source: e-Voice

Another way to assess participants’ civic engagement is to look at the policy proposals they launched and voted for at the end of the event. The results of the final vote reveal that participants argued for “more action at the EU level”, under the precondition of a fairer and more efficient Europe. The following proposals received the most votes: to strengthen EU coordination in the fight against smugglers and in the redistribution of migrants across EU member states (migration); to avoid social dumping within the EU and to establish a basic income for all EU citizens (economy); to have the EU speaking with one voice in its foreign and security policy and to set up a centralized European intelligence agency to better handle security threats (security).

If the majority of the participants exhibited a positive evaluation of all e-Voice’s activities, ranging from 55% appreciation for the Q&A sessions with politicians to 80% for the event as a whole [Figure 3], a series of post-event, semi-structured interviews with the politicians taking part in the event provides some useful cues to assess, at least preliminarily, the impact of the event on MPs’ perception of their electorate. 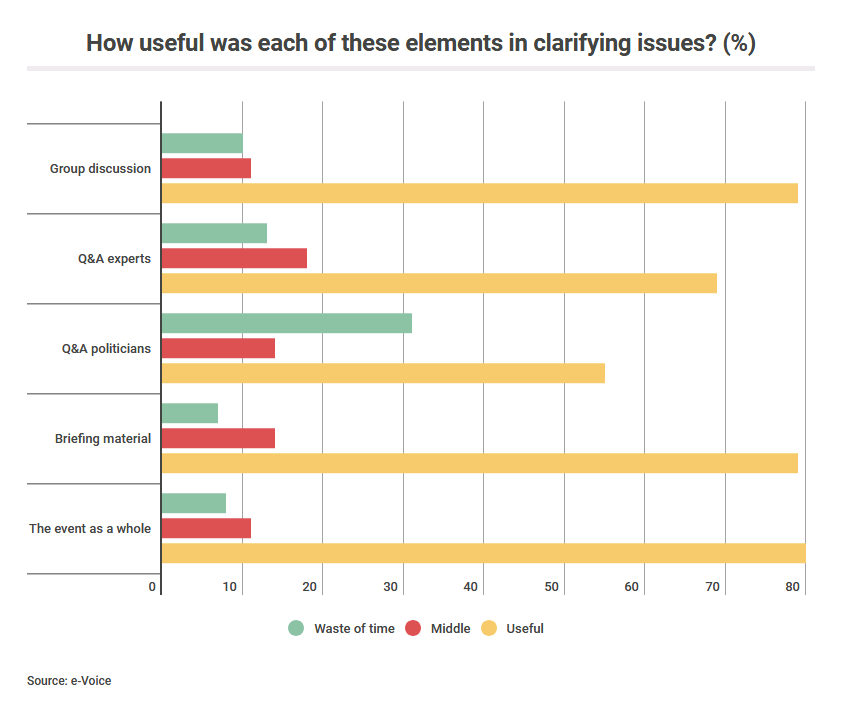 Italian MPs, for instance, argued that citizens’ questions focused on “concrete” topics of political relevance and that their level of interest was beyond any prior expectation. Polish politicians reported that they were not surprised by the reactions of citizens and they especially appreciated the opportunity to react in detail to citizens’ comments and interact with them. Portuguese politicians prized the role of the facilitators, as they reduced the time each MP had to spend on the online platform.

In general, politicians argued that e-Voice was a useful exercise, although it left them with the feeling of a dialogue that had been interrupted prior to its completion. Some of them already knew or used systems of online communication as a means to interact with citizens, and encouraged their further development. As for the critics, they pointed out that some questions were repeated and that, other than the virtual intermediation, there was a lack of any real contact with the citizens. They also referred to themselves as having learnt that people perceive a gap between themselves and the political elite, that people were more informed than they thought, and that there is strong concern about immigration.

While acknowledging that research and communication using online methods is the future, they also agreed that there is still a lot to learn. Experiments such as e-Voice are therefore of crucial importance in order to engage in dialogue with citizens.

Insights for a new public-elite dialogue

e-Voice offered a new tool to study in vivo how citizens and politicians can and should communicate, with the purpose of reducing the gap between the two sides and enhancing the ability of European leaders to respond to the demands of the population. By looking at the answers to the post-e-Voice survey, it becomes apparent that the event had some effect in terms of increasing citizens’ awareness and boosting their civic engagement. Overall, people found the experience useful and expressed interest in the proposed activities, including the interactions with experts and politicians. The preliminary insights emerging from the examination of the post-event interviews with politicians reveal that the politicians valued this experience and would be willing to replicate it. In particular, political elites appreciated the extent to which people reacted to their messages by commenting and submitting questions to them.

Given the exacerbation of the public/leader divide within the whole EU, similar events could not only allow researchers and politicians to ascertain which issues and aspects of the European enterprise are perceived critically, but also to gauge the gap between the views of citizens and political leaders, understand their antecedents and consequences, and hopefully reconcile the specific interests of different national populations with the requirements of a large supranational Union.

«While Eurozone governance has not changed, its politics—at least in Brussels—have been transformed. For this transformation to be completed, political codification outside Brussels is needed. »