Social policy debates in the EU – a roundup from across Europe

The competition on the labour market between migrant and native workers, the sustainability of pension systems, the shift from activation towards basic income policies, the politics of rent-caps and affordable housing. These and other topics featuring EuVisions’ monthly roundup of national debates and news on social policies from across Europe.

In Germany, the nexus between family reconciliation for non-EU citizens and welfare state sustainability made the headlines as the politics of immigration gained once again momentum in the country. The Minister of the Interior, Horst Seehofer (CSU) pledged to define stricter conditions for non-EU citizens to apply for family reconciliation in the context of a new bill that the Executive aims to pass in the upcoming months.

Tackling non-EU immigration from a labour-market perspective, in Sweden, the Social Democratic Prime Minister, Stefan Löfven, and the Minister for Employment and Integration, Ylva Johansson pledged to limit the competition by foreign non-EU workers to natives

More in detail, it is understood that under the new law, non-EU citizens enjoying the so-called Hartz-IV social benefits will not be able to ask for family reconciliation. Seehofer said that the latter measures will protect the national welfare system from exploitation (Die Welt). Meanwhile, a report by Handelsblatt showed that more than half of Hartz-IV beneficiaries share a migrant background. 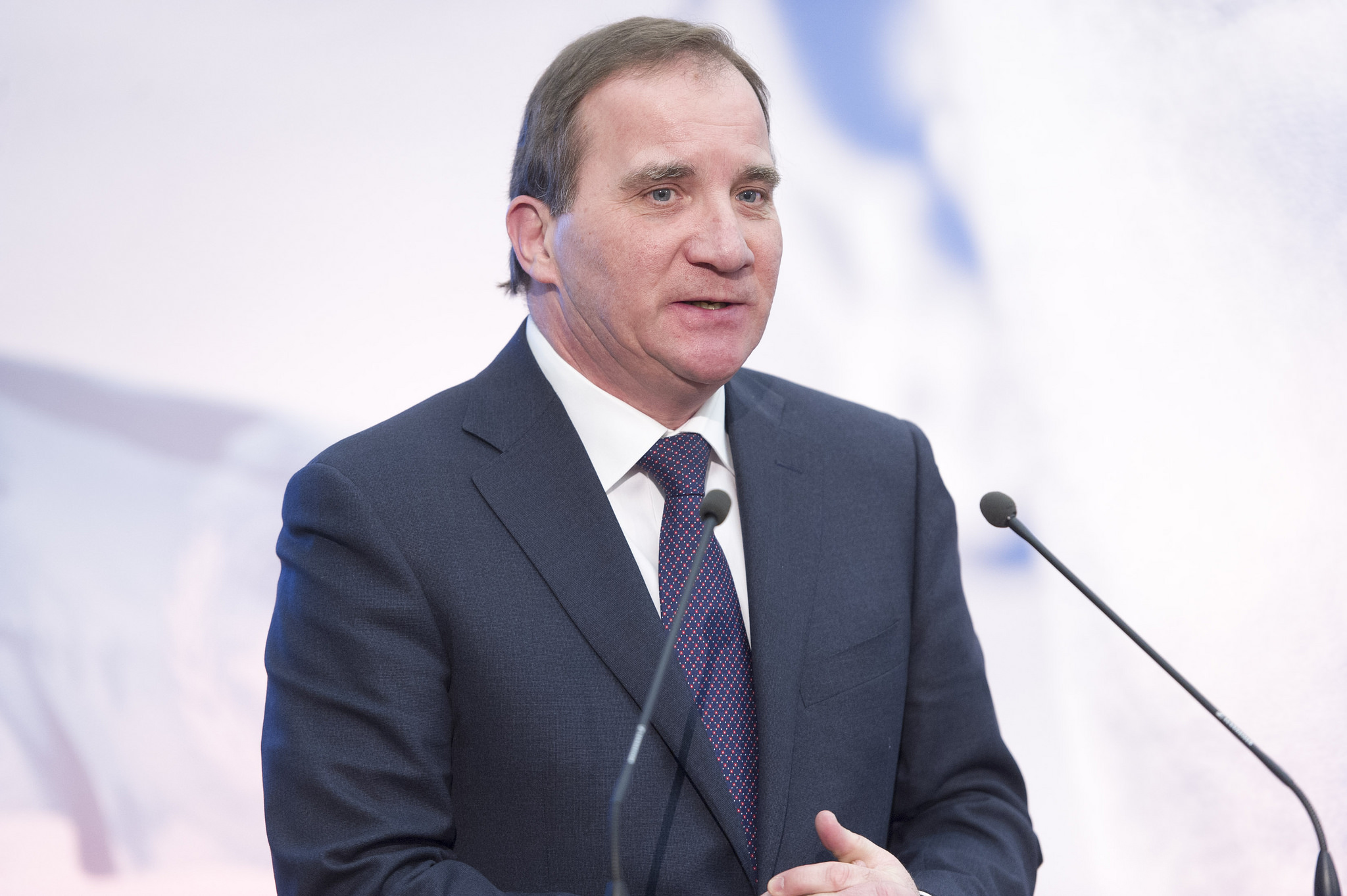 Tackling non-EU immigration from a labour-market perspective, in Sweden, the Social Democratic Prime Minister, Stefan Löfven, and the Minister for Employment and Integration, Ylva Johansson pledged to limit the competition by foreign non-EU workers to natives if the party wins the upcoming national elections. The political leaders suggested a governmental agency should be in charge of outlining specific skill-deficits on the labour market and enable enterprises to make use of immigration to fill the gap.

From activation to basic income policies?

In other news, the German Social Democratic Party (SPD) continues to debate whether it should pledge for the end of the Hartz-IV system in exchange for a new basic income policy. Recent data released by the Federal Labour Authority (BA) revealed that Hartz-IV beneficiaries stay unemployed ever longer since 2010. Meanwhile, the Minister of Labour, Hubertus Heil (SPD), said that he would take into consideration the possibility of increasing the monthly allowance foreseen by the Hartz-IV regulation.

Also, Heil argued that it might be sensible to ease-off the current incentive structure for young unemployed people and ease-off conditionality (Handelsblatt). The leader of the Liberal party (FDP), Christian Lindner, warned that similar moves could raise the incentives for migrants to move to Germany. All the more important, former VW manager and creator of the Hartz-reform package, Peter Hartz, said that the introduction of a basic income policy would “be a step backwards” for the German welfare system. 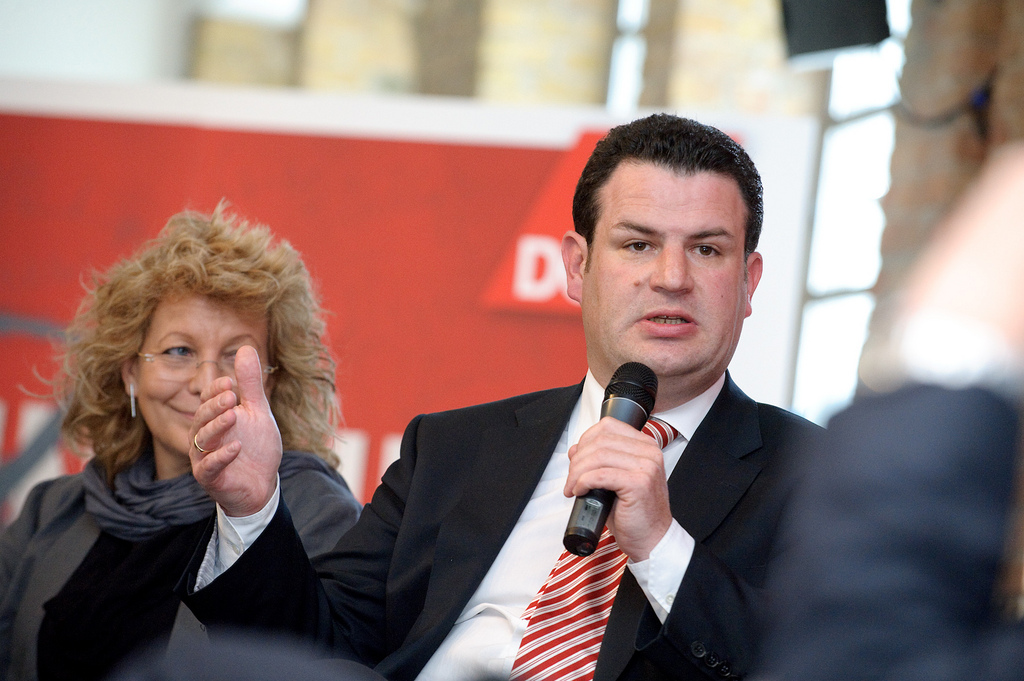 The debate over the opportunity to shift from activation towards basic income policies is alive even in other EU Member States. For instance, talking about the electoral pledges made by the Italian Five Star Movement, the EU Commission Vice-President for Jobs, Growth, Investment and Competitiveness Commissioner, Jyrki Katainen, said that a basic income policy might be too expensive.

In Switzerland, only 1% of workers suffer from deprivation (working-poor) which makes the Helvetic Confederation the third-best case in Europe, behind Finland and Sweden

Meanwhile, in Finland, media reported (#2) that an innovative basic income experiment that was launched last year might soon come to an end due to new legislation that will make any unemployment benefits conditional upon beneficiaries seeking a new job. However, the leader of the experiments specified that, contrary to what has been written by many international media, the operation would run until the natural expiration date.

In other news, the German Minister of Justice, Katarina Barley pledged to freeze renting costs in specific areas of the country. The announcement came after that some 10,000 people marched against the high-living expenses in Berlin. However, MPs from the CDU claimed that, if anything, policy-makers should prioritise the construction of new buildings instead of interfering with market dynamics.

Even in Poland, the Government announced new welfare measures boosting affordable and public housing. In 2016, the Executive adopted a new housing plan (“House+”) targeted at people on low incomes.

Meanwhile, over the Channel, the leader of the UK Labour party, Jeremy Corbyn pledged to change the definition of “affordable housing” linking it to the income levels of people. 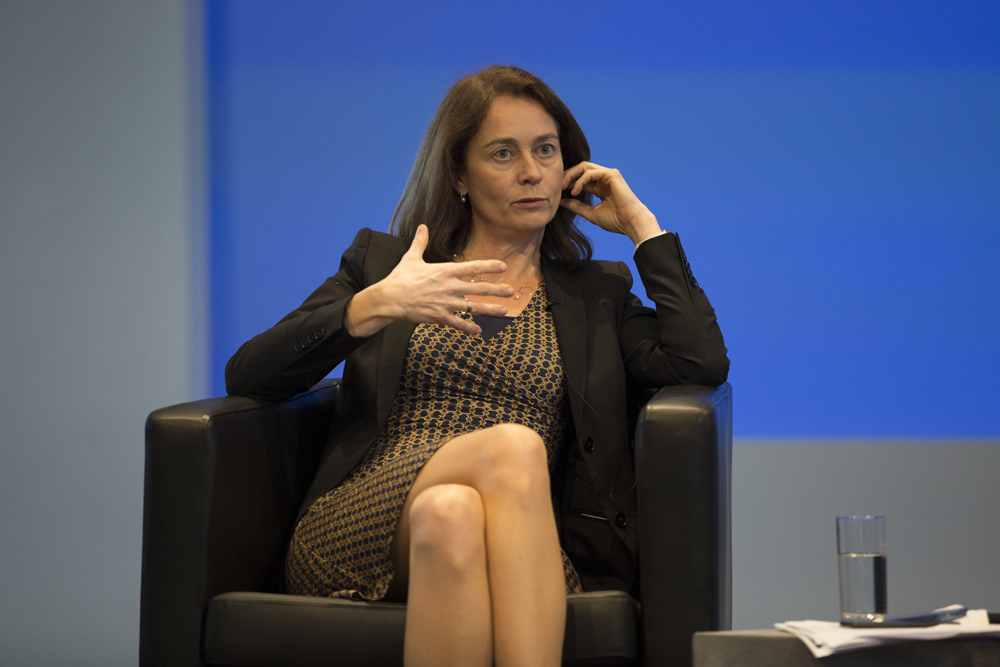 A report published in The Guardian praised the Finnish policies against homelessness amidst a worrying evolution of the problem in the UK. In Ireland, the Government is falling short of past promises related to the building of new social housing.

Meanwhile, meeting in Amsterdam, city councils from across Europe urged Brussels to act against rising rental costs due to the activity of online portals, such as Airbnb.

In Austria, Martin Schenk, an expert in social policies organised a public event, “The Poverty Conference” (Armutskonferenz), with the aim of kicking off an open and interdisciplinary discussion on the issue. The idea behind the initiative is to campaign for a stronger welfare State as a booster of competitivity (Der Standard).

A new global survey conducted by Ipsos Mori shows that in Europe a majority of citizens, both at the national and European level, perceive their societies suffer from higher divisions than ten years ago

Meanwhile, in the UK, the National Union of Students (NUS), published a report that highlights the precarious living conditions of working-class students in the country (BBC).

More positive news emerge from the latest data released by the Swiss Federal Statistical Office: in Switzerland, only 1% of workers suffer from deprivation (working-poor) which makes the Helvetic Confederation the third-best case in Europe, behind Finland and Sweden. Moreover, only 0.9% of Swiss citizens experienced poverty for longer than four years. 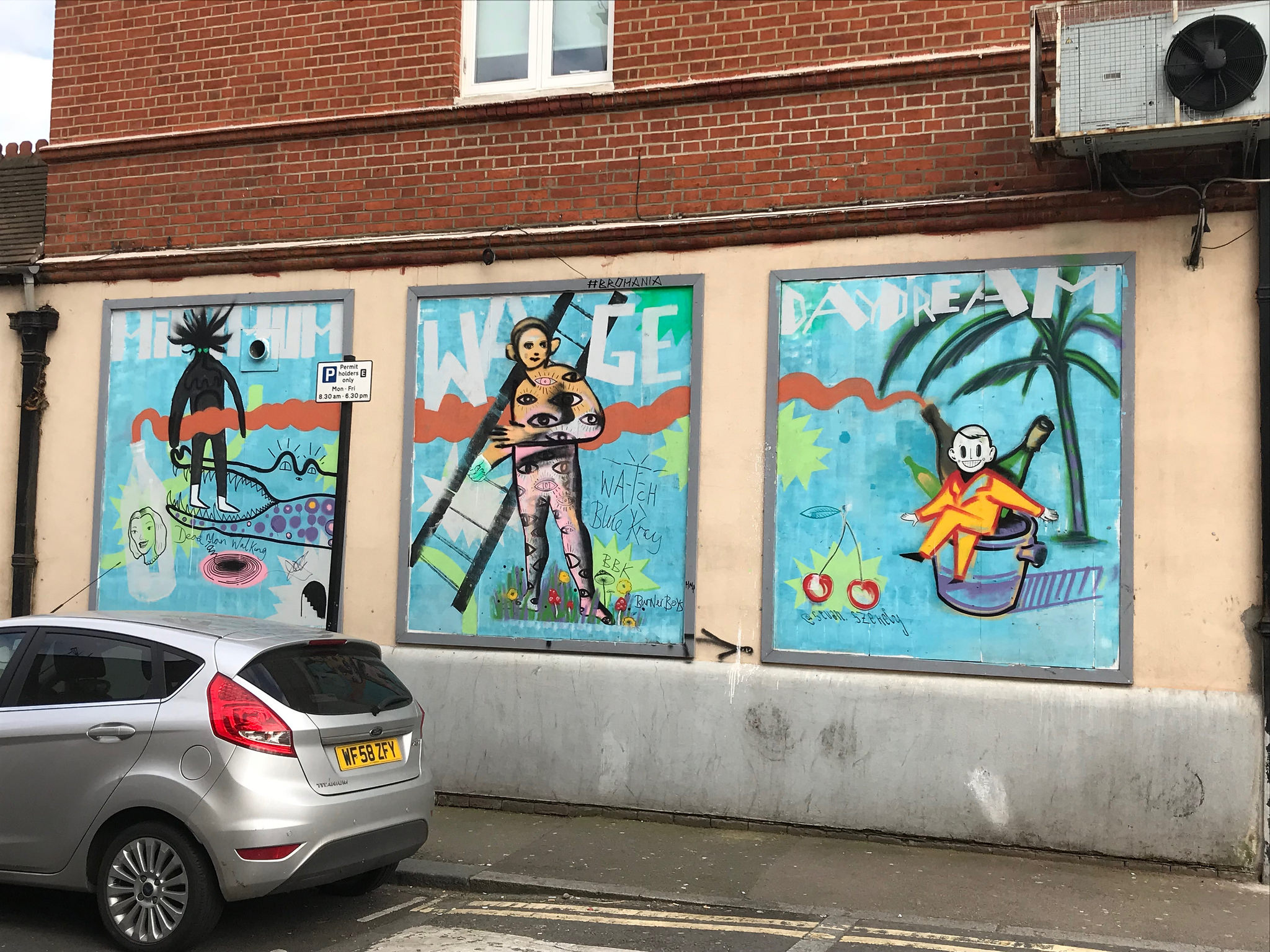 In Germany, the precedent Government introduced a new minimum wage to step up the fight against working poverty. Nevertheless, the Hans-Bockler foundation claimed that the wage level does not match living costs in big cities in the country. As a consequences workers on minimum wage need to apply for HartzIV benefits to make ends meet, the foundation writes.

In Germany, economists warned that the pension policies contained in the new GroKo (Grand Coalition) deal between CDU/CSU and SPD are not sustainable

Meanwhile, a new global survey conducted by Ipsos Mori shows that in Europe a majority of citizens, both at the national and European level, perceive their societies suffer from higher divisions than ten years ago. According to Glenn Gottfried (Ipsos Mori), in the eyes of citizens of countries such as the UK and Hungary, these divisions are linked as well to material inequalities (BBC). Nevertheless, a majority of respondents points at political views as primary drivers of divisions.

It’s all about pensions

In Spain, the politics of social insurance made the headlines, amidst heated debates over the approval of the 2018 national budget. The Basque Nationalist Party (PNV) asked Mariano Rajoy to devolve the management of the social insurance schemes to the regional level in exchange for backing the Government in Madrid over the 2018 budget. However, the centrist party, Ciudadanos, strongly opposed the move, warning it could vote against the governing coalition. At the same time, the Spanish Socialist Party (PSOE), accused the Government of using “pension policies as a mere political card”.

Brexit added the prospects of qualified-worker-shortcomings to the long-lasting financial weaknesses of the system. New data from trade unions showed that two-thirds of healthcare assistants take up roles that should be fulfilled by nurses

Meanwhile, the Spanish Centre for Sociological Investigations (CIS) revealed that pension policies are the fifth most pressing issue in the eyes of Spanish citizens. In April, pensioners took the streets of 100 cities across Spain to protest against the state of the art of the pension system and the policies of the Government. Likewise, trade unions in the Southern EU Member State warned younger generations about the shortcoming of the current system for their future lives. In other news, the President of the Spanish Fiscal Authority (AIREF) tried to reassure about the sustainability of the national welfare system, amidst warnings coming from the Bank of Spain and new reports that point at a severe deficit in 2018 (El Mundo). 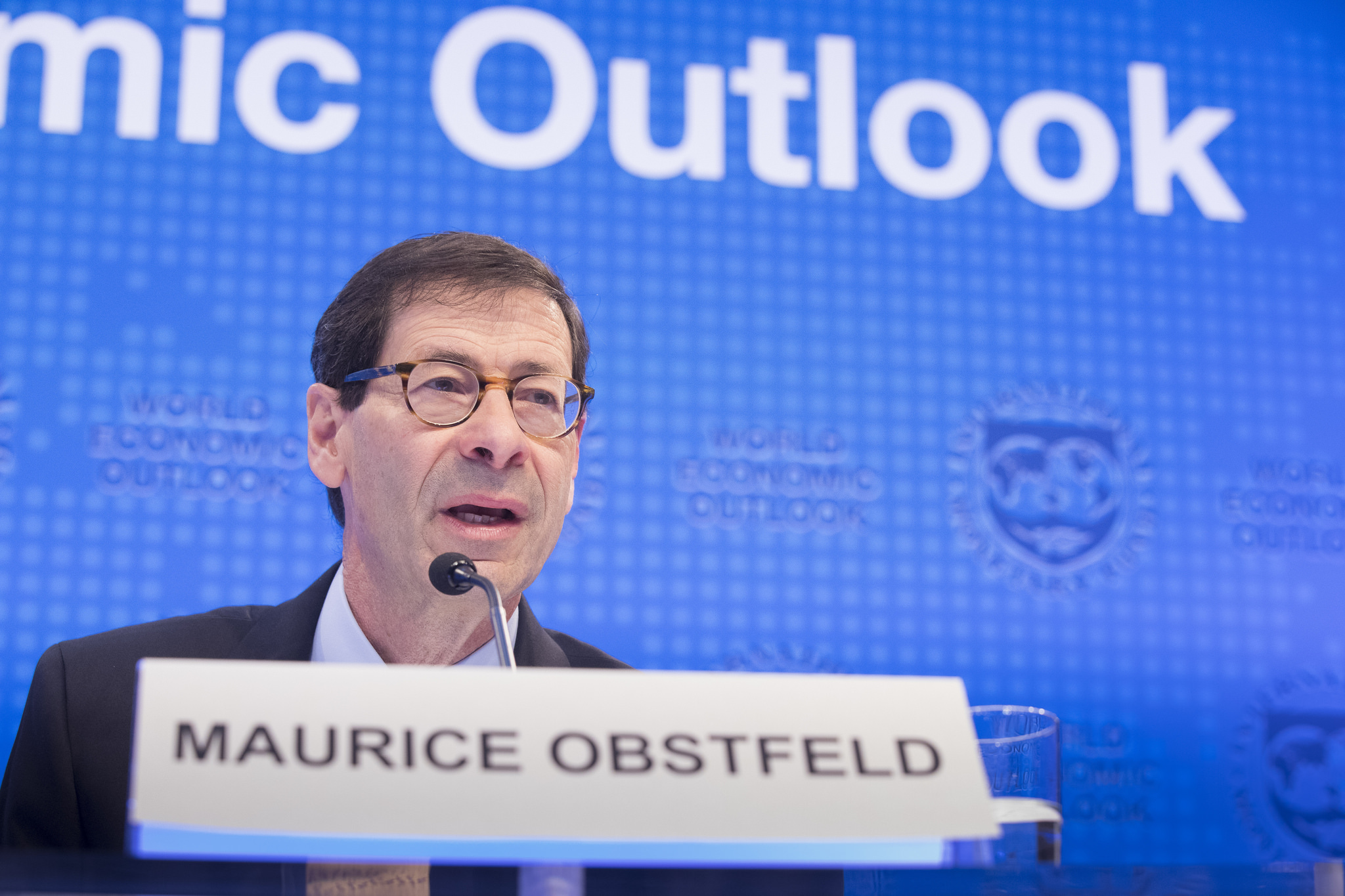 In an interview published on El Mundo, Maurice Obstfeld, Chief economist at the International Monetary Fund argues that policymakers across Europe should raise the retirement age needs in the face of the unravelling demographic transformations.

In Germany, economists warned that the pension policies contained in the new GroKo (Grand Coalition) deal between CDU/CSU and SPD are not sustainable. More in detail, experts said that it would not be possible to freeze the retirement coefficient at 48 percent of last pay until 2025 but using new tax hikes. Nevertheless, the Executive in Berlin decided to raise the pensions of 20 million citizens by 3 percent from July 1 onwards, Handelsblatt reports.

Social insurance, healthcare and the troubles of the NHS

A new survey conducted by British Social Attitudes revealed that in the UK some 61 percent of voters would back a rise in taxes to finance the troubled National Healthcare System (NHS), which has been under strain for several years. Moreover, Brexit added the prospects of qualified-worker-shortcomings to the long-lasting financial weaknesses of the system. New data from trade unions showed that two-thirds of healthcare assistants take up roles that should be fulfilled by nurses.

Meanwhile, authorities in the UK accomplished the devolution of part of the welfare system in favour of Edinborough, a policy decision that followed the failed Scottish Independence referendum of 2014.

In Finland, a new legislative proposal that aims at bridging private and public healthcare systems might encounter technical hindrances because of an outdated IT system, media report.

“Social policy debates in the EU” is EuVisions’ monthly roundup of the most relevant news and discussions pertaining to welfare state reforms and social policies in Europe as they emerge from the media.

#Goodreads from magazines and think tanks

The European Globalisation Adjustment Fund: Time for a reset (Bruegel)

The impact of industrial robots on EU employment and wages: A local labour market approach (Bruegel)

Long-Term Unemployed Youth: The Legacy Of The Crisis (Social Europe)