On 4 December 2016, Italians went to the polls to vote on a constitutional reform bill previously approved by the Parliament following a proposal by Matteo Renzi’s centre-left government. The vote was preceded by months of political fighting between supporters and opponents of Renzi’s reform.

In this article we continue our analysis of the Europeanization of Twitter debates by looking at how the Italian constitutional referendum was discussed outside of the country—so expanding to the “horizontal dimension” of Europeanization.

The campaign over the constitutional referendum dominated the Italian political space—both offline and online—for several months, and its outcome is still fiercely debated. Proponents of the reform claimed that its goals were, among others, to streamline government, and reinvigorate the country’s economy. Opponents, on the other hand, claimed that the reform would undermine the constitution’s checks and balances. As it turned out, on 4 December nearly 60% of the voters rejected the bill, leading to Prime Minister Renzi’s resignation three days later. This result was taken as a major victory by Eurosceptic and populist parties, including the Five Star Movement and Northern League, which campaigned against the bill.

Both the campaign and the vote were followed with great attention abroad: after the Brexit referendum and Trump’s victory in the US, international commentators saw the italian vote as yet another test of the political strength of populism. Furthermore, each side campaigned also outside of Italy in order to win absentee votes and support of foreign leaders.

From 25 November to 12 December 2016 we collected a sample of 131,788 tweets by selecting, first, all tweets including the keyword “referendum”, and then purging them of conversations related to referenda other than the Italian one by means of keyword annotation. As we wanted to focus on European reactions alone, we also eliminated from our dataset all tweets coming from Italy or from any non-European country, by using a location detection algorithm. Figure 1 shows the temporal distribution of our dataset. 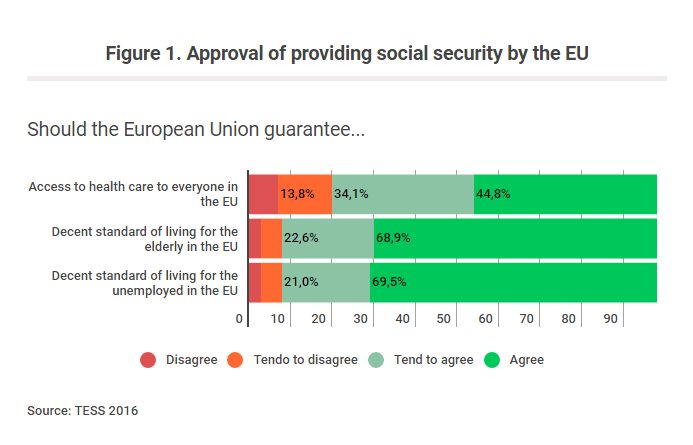 The above is a rather typical trend of Twitter conversations revolving around a specific event. In our case, the most visible spikes are in correspondence to the day of the vote and then Renzi’s resignation announcement on the day after the referendum. 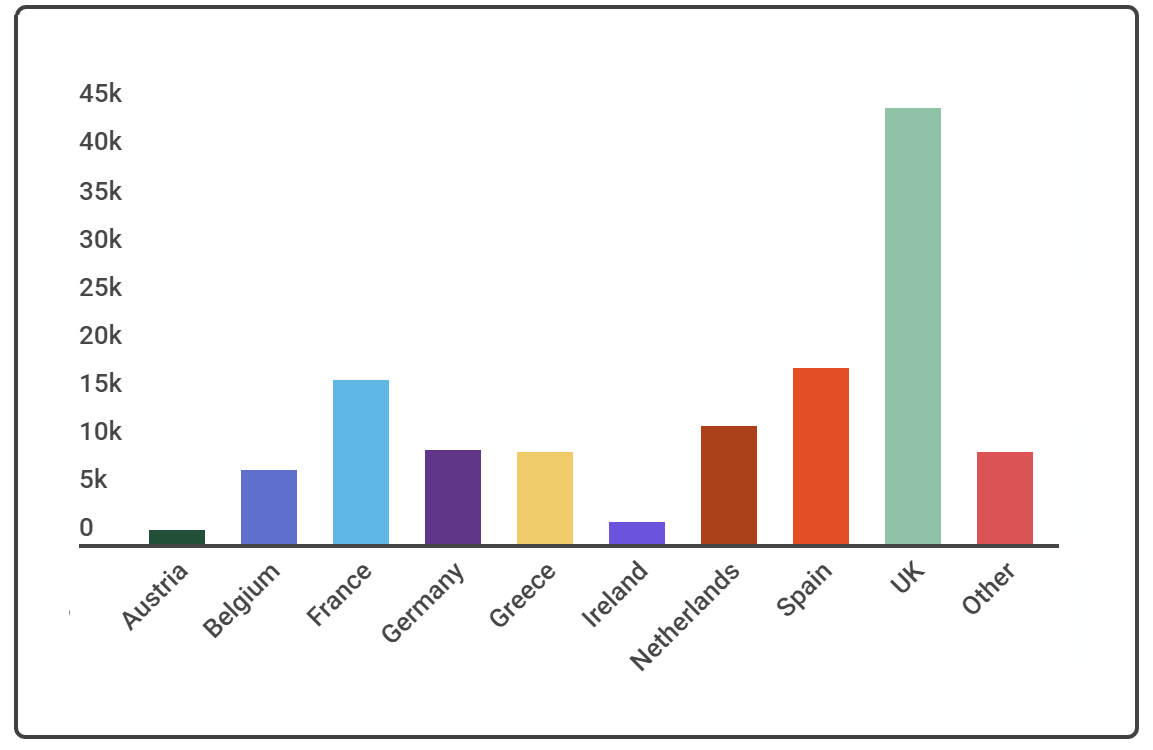 To better outline the Europeanization patterns of the Twittersphere we take a closer look at the shape of online interactions among Twitter users. We do so by means of network analysis, a popular approach in the field of social media research, which allows the study of the topology of a network through the connections within it.

Figure 3 illustrates the overall profile of the Italian referendum retweet network, while Figure 4 simplifies the network by showing only users who were retweeted at least 20 times. 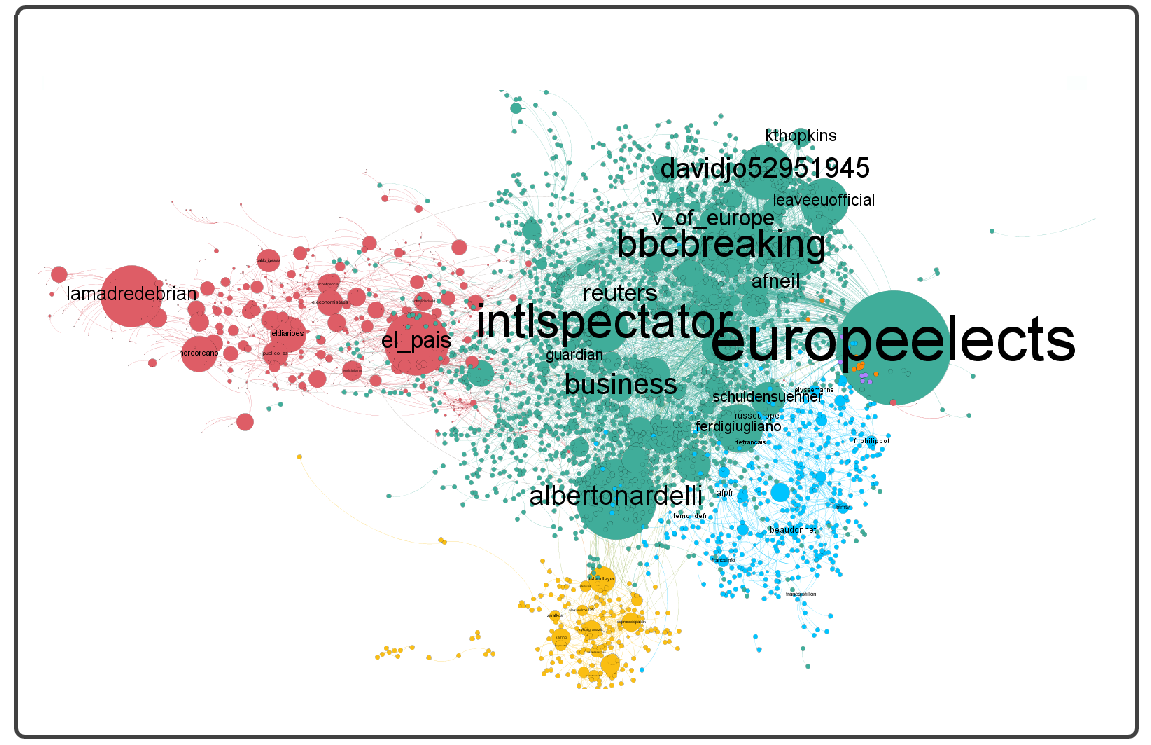 In our network, each user represents a node, and the size of the node is proportional to the popularity (in terms of retweets by other users) of users’ tweets. Labels highlight the main hubs—that is, the authors of tweets that were retweeted at least 20 times. The latter are mainly media and news sharing profiles: @bbcbreaking offers news alerts and updates from the BBC, while @europelects specializes in polls and election results in the European Union.

The presence of these profiles among the most retweeted users in this cluster indicates the existence of at least an embryonal trans-European community of users who discuss EU-related topics online regardless of country of origin, refer to international media outlets, and adopt the English language as a lingua franca. 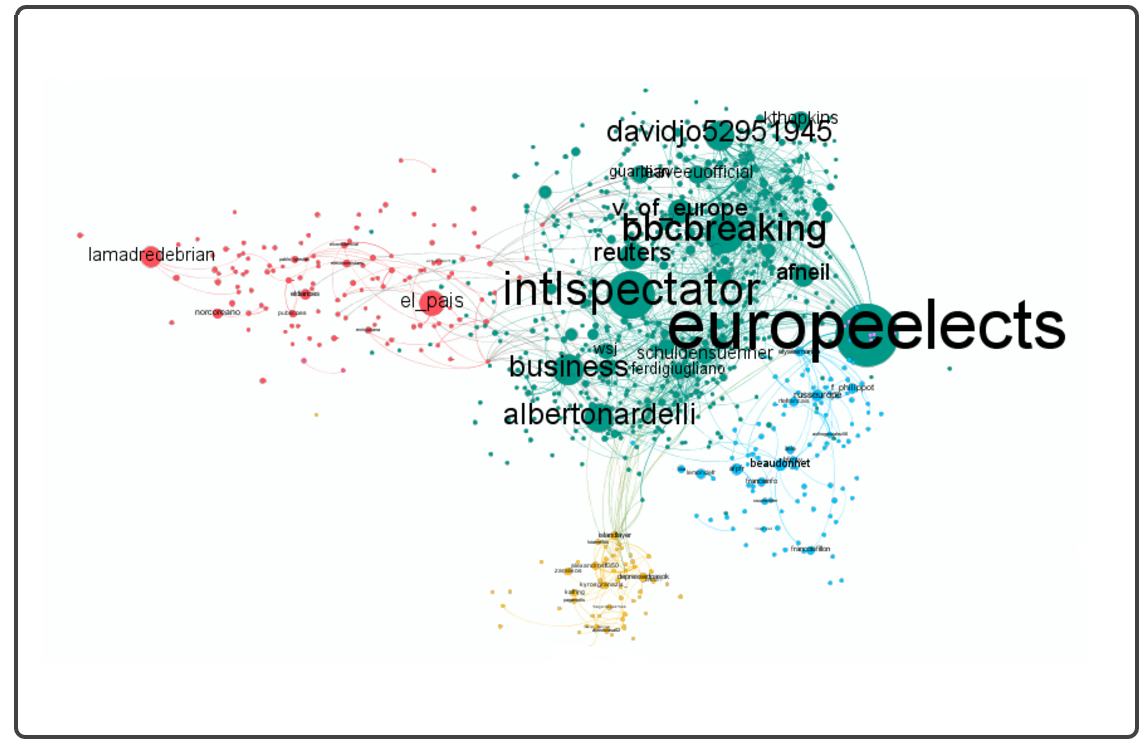 We ran Gephi’s community detection algorithm on our dataset in order to identify groups of users that interact more closely with each other. Different colours indicate different clusters, or regions, in the network. The big green cluster at the core of the network includes several UK profiles such as @bbcbreaking, british journalist Andrew Neil (@afneil) and @davidjo52951945 (a prolific pro-Brexit activist). Interestingly enough, however, this cluster also features several international commentators such as Buzzfeed’s Alberto Nardelli (@AlbertoNardelli), Ferdinando Giugliano of La Repubblica (@ferdigiugliano), and Holger Zschaepitz of die Welt (@schuldensuehner).

The presence of these profiles among the most retweeted users in this cluster indicates the existence of at least an embryonal trans-European community of users who discuss EU-related topics online regardless of country of origin, refer to international media outlets, and adopt the English language as a lingua franca.

This interpretation is confirmed if we look at the cross-country dispersion of tweets, as measured through the Gini index. We found that tweets in English in this cluster are more dispersed among EU countries than is the case for tweets in the national language of remaining clusters.

English vs the rest

On the other hand, other linguistic clusters seem to replicate national Twitterspheres more closely: the red area corresponds to Twitter users tweeting from Spain (@lamadredebrian, @el_pais, ..), while the blue and yellow areas correspond to a French and a Greek cluster respectively.

By identifying the most retweeted actors and reading their tweets we can see how the debate over the Italian referendum was not only structured, but also framed by national communities. 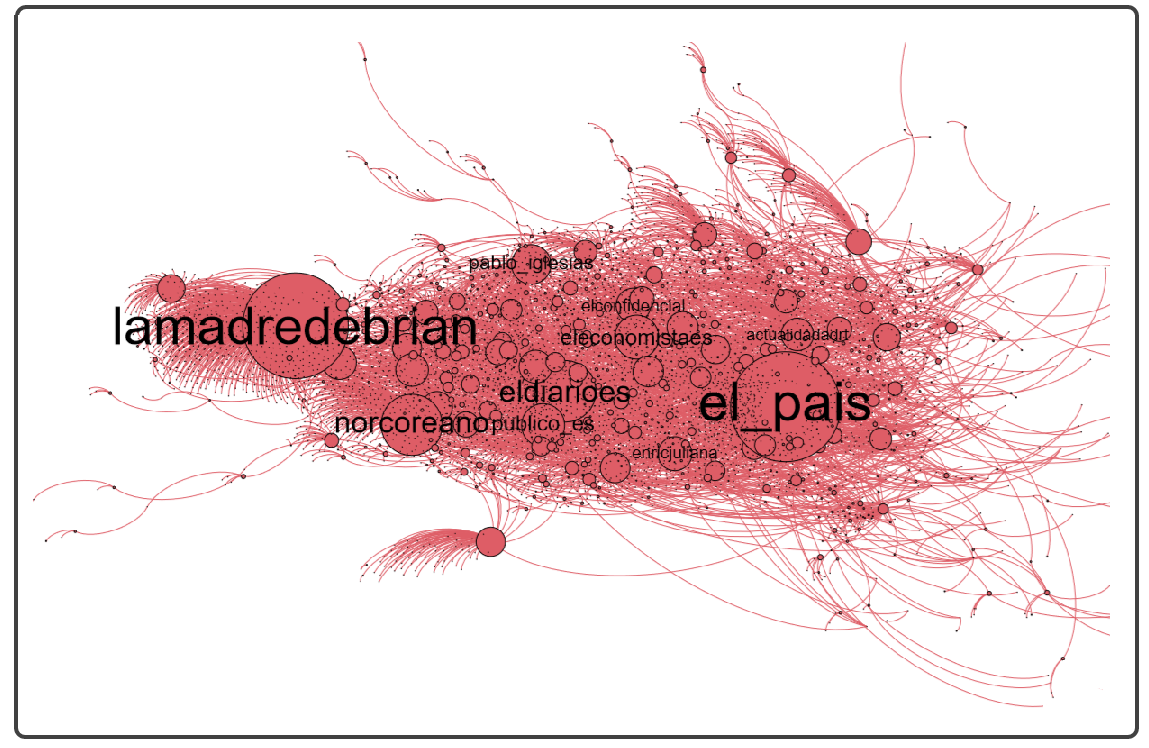 In Spain, for example, the Italian referendum was debated in relation to Prime Minister Mariano Rajoy’s repeated rejection of requests for a Catalan independence referendum.

Significantly, a similar framing emerged in correspondence to the Brexit referendum, when Spaniards were mostly tweeting in defence of the referendum instrument, and again in opposition to their national elites. 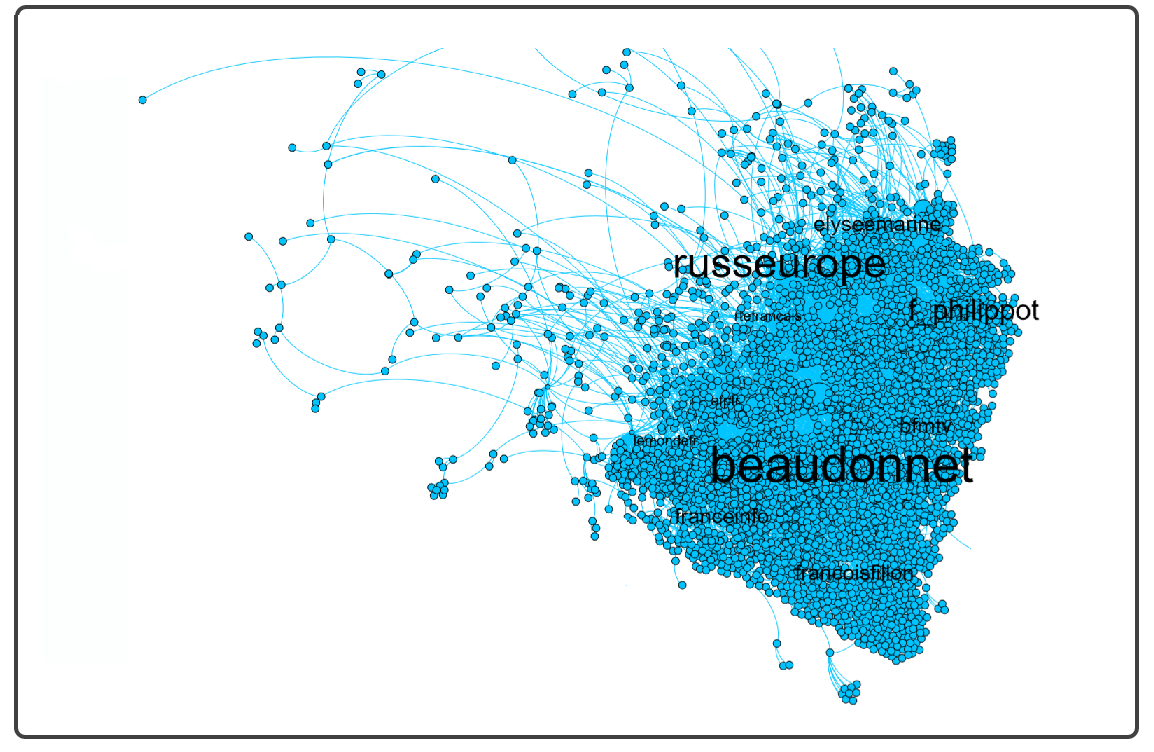 As for the French cluster, among the most retweeted profiles one finds Florian Philippot (@f_philippot), Marine Le Pen’s key advisor—who tweeted that the outcome of the Italian referendum was a “huge slap in the face for the EU and for Renzi”—and @elysee_Marine, an unofficial account related to the Front National’s leader. In the aftermath of the Italian referendum, Le Pen claimed that the victory of the No side meant that Italy was finally turning its back on “absurd European austerity policies”, and that this was an important signal for France.

Although still impressionistic, these preliminary glances into linguistic clusters show how differently national debates around a “European” topic can be structured and informed along national political agendas.

This article is part of a series investigating the incidence and form of EU-related discussions in the European Twitter-spheres. Read also Part I and Part II