In a recent article we analyzed cross-country Twitter data to investigate different patterns of Europeanization emerging from online debates on Jean-Claude Juncker’s State of the Union Speech and the Bratislava summit of EU heads of state and government. Here we continue our inquiry into online Europeanization by focusing on the role of EU-related issues in media and political agendas.

in Greece, Poland and Spain the salience of EU-related conversation is mainly driven by media tweets, while elsewhere it is mostly the political sphere that feeds online discussion about Europe.

On 14-20 September 2016 we gathered 643,175 tweets from nine European countries: Italy, Spain, Greece, France, Portugal, Germany, Poland, the UK and the Netherlands. More precisely, we collected tweets sent by the two most popular newspapers in each country [1] (based on Alexa rankings), and by the leaders and official accounts of every national political party who won at least one seat in the 2014 European elections. We also included in our collection citizens’ reactions–in the form of retweets and replies–to the tweets sent by their country’s leaders, parties or newspapers. We then separated conversations on European matters from the rest of the data by scraping all tweets and isolating those containing at least one term from a list of EU-related keywords [2].

On average, the overall salience of EU-related issues on Twitter (understood as the share of tweets about the EU over the total collected) in the nine countries gravitates around 5%. However, and in line with our previous analysis, the incidence of European topics is quite uneven across countries. As Figure 1 shows, the share of EU-related tweets ranges from 1.8% in Poland to 11.3% in the United Kingdom. Spain, Greece, the Netherlands and Italy are below the EU average, while France and Portugal are above it. Germany, finally, is located almost exactly at the mean value.

We broke down the overall salience of EU-related conversations according to the source of the original tweets, i.e. the media or political sphere. We included in the former all tweets sent by the selected newspapers, their replies and retweets, while in the latter we put tweets sent by political leaders and citizens’ retweets of and replies to those tweets. Again, different national patterns of Europeanization emerge: as Figure 2 shows, in Greece, Poland and Spain the salience of EU-related conversation is mainly driven by media tweets, while elsewhere it is mostly the political sphere that feeds online discussion about Europe.

in the UK, the Netherlands and France users engage in conversations about the EU or retweet European content with more enthusiasm than they do in general conversations

Interestingly, higher degrees of EU politicization are found in countries where the impact of the political sphere is higher compared to the media one: Portugal (+3.4%), France (+6.43%), and even more strikingly the United Kingdom, where the difference beteen of EU-related political and media tweets is the highest (+11.58%).

Elites and masses in online Europeanization

The role played by national media and political elites in activating online discussion on European matters is important throughout the European Union. However, the precise relationship between elites and masses in online Europeanization may vary between one country and the next. As a measure of such variations, we show, in Figure 3, the average volume of EU-related tweets triggered by each single tweet from media or political actors in the various countries studied. In absolute terms, the highest resonance, from politicians and media accounts, is to be found in the United Kingdom, with France and Spain also showing rather high values. 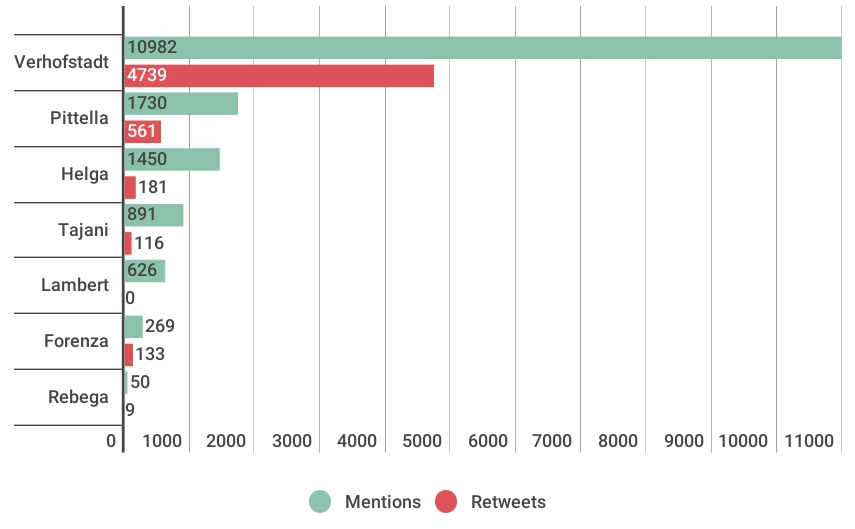 While these figures are already interesting per se, they could reflect some more general idiosyncrasies in the way national online discussions develop. In order to control for this factor we have built a standardized “index of reaction” indicating how much more/less EU-related tweets resonate compared to generic ones (by political as well as media accounts)–so that a value of 0.5 means that EU tweets resonate 50% more than generic ones, and so forth. Our results are shown in Figure 4.

parties belonging to the popular, social-democratic and liberal families–which make up most of the political mainstream–tweet much less about the European Union than parties in Eurosceptic groupings

As the graph shows, in the UK, the Netherlands and France users engage in conversations about the EU or retweet European content with more enthusiasm than they do in general conversations, while for the remaining countries–except Italy, where the two values are roughly the same–the opposite is true. This indicates that, no matter the EU’s general salience, conversations relating to European integration in these latter countries have a greater tendency to remain circumscribed within circles of elite (political and media) actors.

Is Europeanization driven by Euroscepticism?

Given our collection strategy, we were able to further divide tweets sent by parties and political leaders on the basis of their positioning on the political spectrum. In Figure 5 we grouped national parties and leaders by their group in the European Parliament, and ordered them by salience of EU-related tweets. 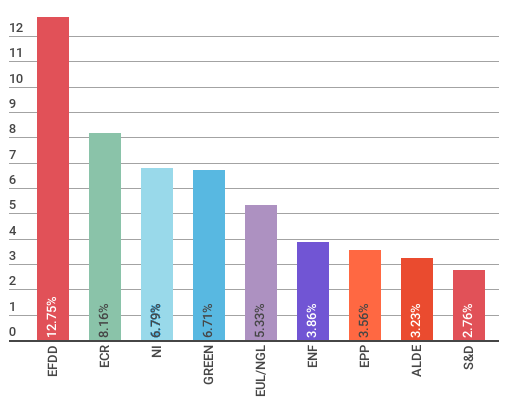 Figure 5: Salience of EU-related tweets by political group in the European Parliament

The figure shows quite clearly that parties belonging to the popular, social-democratic and liberal families–which make up most of the political mainstream–tweet much less about the European Union than parties in Eurosceptic groupings, in the first place the European of Freedom and Direct Democracy group– which includes among others Italy’s Five Star Movement and the UK Independence Party.

Related to the foregoing, the high salience of EU-related issues in Britain is particularly interesting because it appears to contradict our previous analysis of the SOTEU and Bratislava summit discussions, in which the observed share of EU-related tweets from the UK was lower than expected. What explains this discrepancy? Our analysis suggests two specific factors, both evident in Figure 6: first, the UK-based discussions examined here focus predominantly on the specific issue of Brexit–an event that remained mostly outside the debate’s core in our previous dataset, given its different collection criteria. Second, and closely connected to the above, UK data displays a strikingly high incidence of discussions originating from UKIP leader Nigel Farage, who is quite an active tweeter–most notably, again, on the Brexit issue. 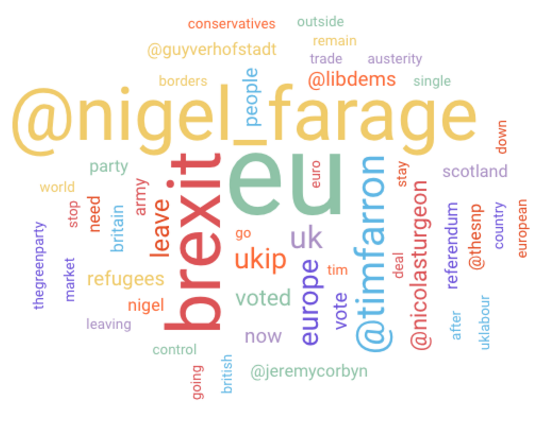 We present [3] the ten most retweeted EU-related tweets in the UK. Of the latter, eight are tweets originally sent by Farage, and one by the UKIP’s official account. If we sum up all retweets of Farage’s and the UKIP’s tweets, we can see that they alone represent 73% of all EU-related tweets sent by UK citizens within the political sphere.

In this second instalment of our analysis of social media Europeanization we have adopted a broader focus, looking at a dataset of tweets centred around the spheres of politics and the media. This has allowed us to tackle a number of new questions such as: the salience of EU-related topics and discussions in the various European countries; the different role of the media and political spheres in generating such discussions; the different elite-mass dynamics in the Twitter-spheres of the nine countries explored. We have also explored differences in EU salience based on political orientation, and found that Eurosceptic parties and politicians are far more likely to engage in and fuel discussions on Europe than mainstream ones–a trend which is particularly marked in the specific case of the UKIP and Nigel Farage.

In the next article we will deal more directly with the network aspects of EU-centred discussions on Twitter, tackling such questions as who the opinion leaders are in the various national discussions on European integration, and whether there is such a thing as a transnational debate on Europe.

This article is part of a series investigating the incidence and form of EU-related discussions in the European Twitter-spheres. Read also Part I and Part III