On 3 February 2017, the heads of state and government of the 28 EU member states met in Malta to discuss a number of issues on the European agenda: a solution to the migratory crisis; the preparation of the Rome summit in March; the implications of Donald Trump’s presidency for Europe.

To examine the event on Twitter, from 29 January to 8 February we collected all tweets containing the keyword “maltasummit”, for a total of 17,040 tweets–the majority of which in English, Spanish, Italian and German.

By means of keywords annotation, we found that that 47.5% of our sample (8,101 tweet) contains words related to the migration issue, such as “refugees”, “Libia”, “inmigración”, “Mittelmeer”. Such tweets reacted to the discussion of a deal proposal between the European Union and Libya, aimed at blocking the migratory route from the north African country to Italy, while at the same time trying to improve living conditions in Libyan refugee camps. To dig deeper into this Twitter debate, we divided our sample according to the four main languages highlighted before. 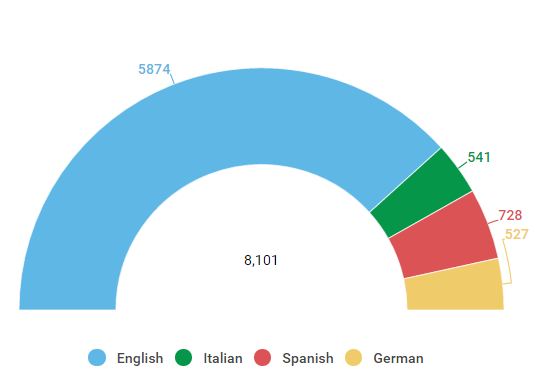 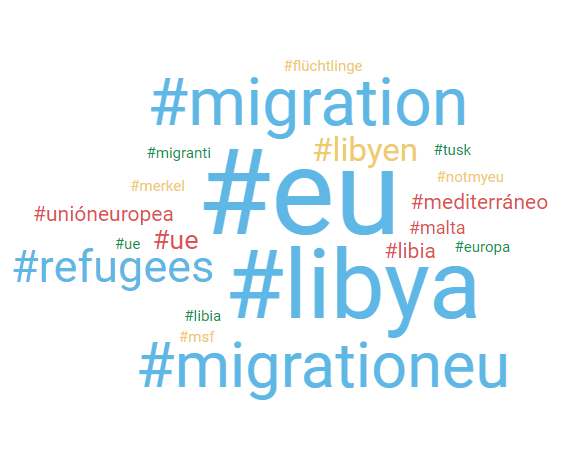 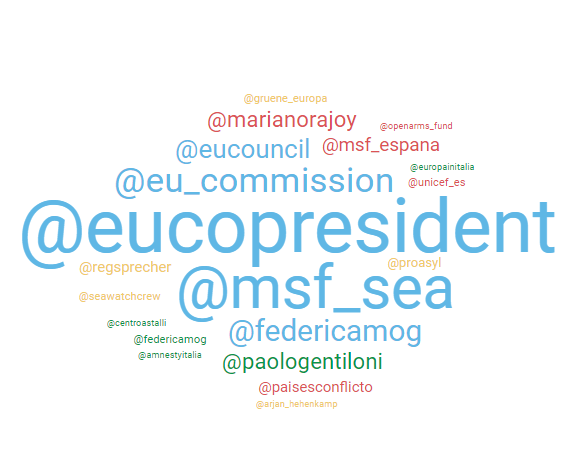 We then isolated, for each language, the single most retweeted tweet expressing views and opinions about the proposal of a EU-Libya deal. The table below shows the prominent role in this debate of organization supporting migrants and refugees, who have been attacking the proposed deal on the basis of its violation of human rights and international law principles. 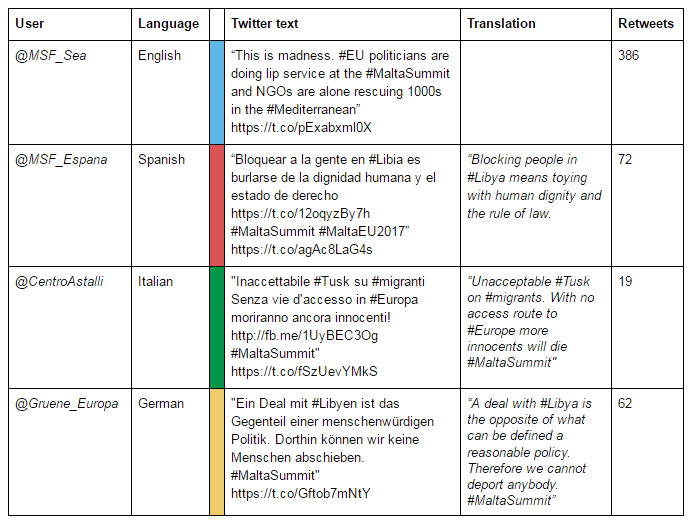