“I believe it is no longer the right moment for Italy to leave the euro”. On 9 January Luigi Di Maio – leader of Italy’s 5Star Movement, claimed in a TV interview that EU rules for the common currency should change, but he’s no longer backing an exit from the common currency. On the same day, the four-times Prime Minister Berlusconi tweeted that his eurosceptic ally Matteo Salvini – leader of the far-right Northern League – understood that leaving the euro would be “technically impossible and unsustainable for the Italian economy”. As the country heads to a general election in March, polls show the populist 5Star Movement as the leading single party. Nonetheless, the coalition of Berlusconi’s Forza Italia with the Northern League (and the smaller far-right Brothers of Italy) accounts for about 37 percent of the polls and is likely to win most parliamentary seats. As the electoral campaign intensifies, the debate on the common currency is bringing turmoil among parties and coalitions.

Many Italians put the blame on the common currency for years of economic underperformance. According to a recent Kantar opinion poll by the European Parliament, only 39 percent of Italians (the lowest level among EU member states) think their country has benefited on balance from being part of the EU. Survey data reported by Politico highlight a generational gap in support to the EU, with young Italians being the least enthusiastic about integration. Also, euroscepticism seems to be more widespread among voters of the 5Star Movement and the Northern League. It is also for these reasons that the online debate on the euro is particularly lively: on Twitter, both the statement by the 5Star leader Di Maio and disagreements in the centre-right coalition triggered a surge of online reaction. 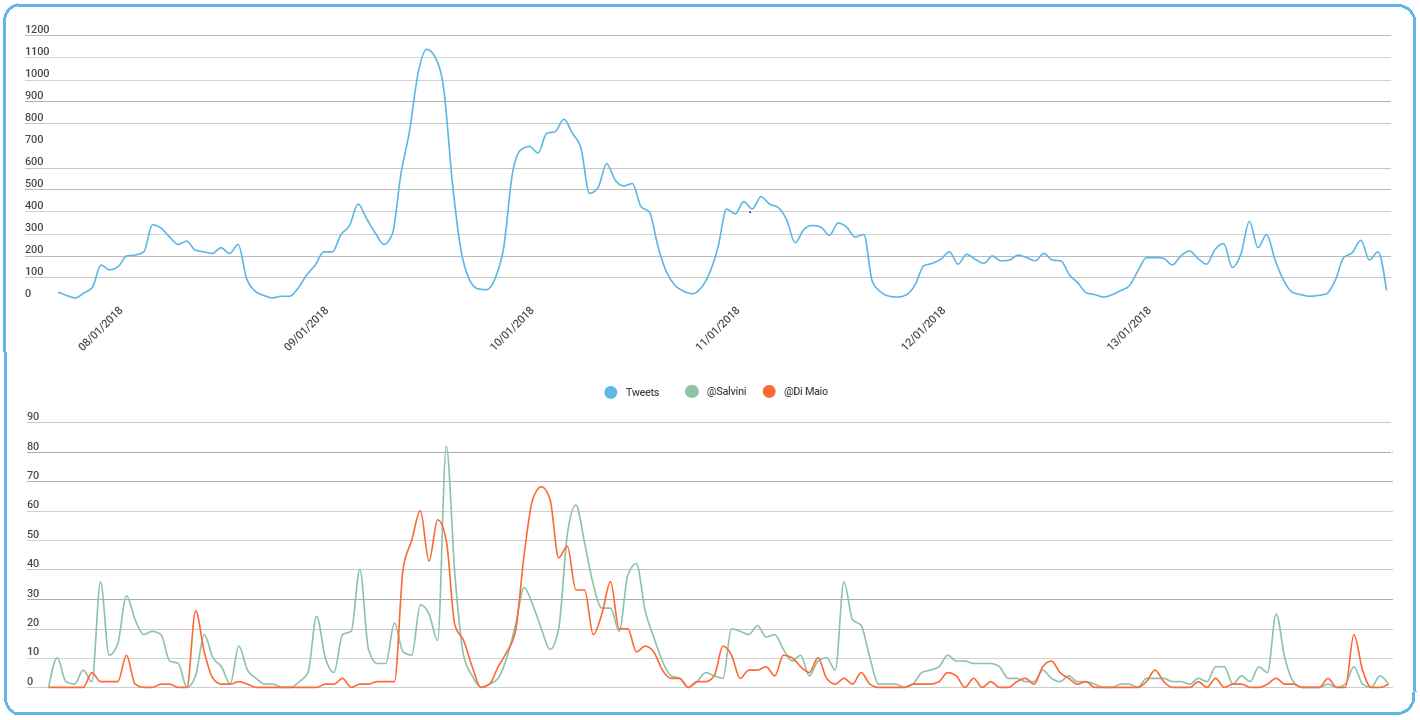 Figure 1. Overall distribution of tweets about Italy leaving the Euro.

As Figure 1 shows, 9 January saw a peak in Twitter activity surrounding the euro-exit debate. We collected Twitter data to see how politicians, experts and citizens discussed the opportunity for Italy to leave the euro, and commented the party leaders’ claims on the subject.

Conversations on Twitter can be mapped into a network structure, where nodes are individual users and edges are interactions between two users. As politically active users retweet and mention one another in their tweets, the analysis of the euro-exit Twitter network can provide useful insight on how political discourse is shaped into partisan fields and who are the most prominent actors in each field. We identified the contours of three main clusters – i.e. nodes that are more densely connected together than to the rest of the network – in the map of Twitter conversation about the common currency. 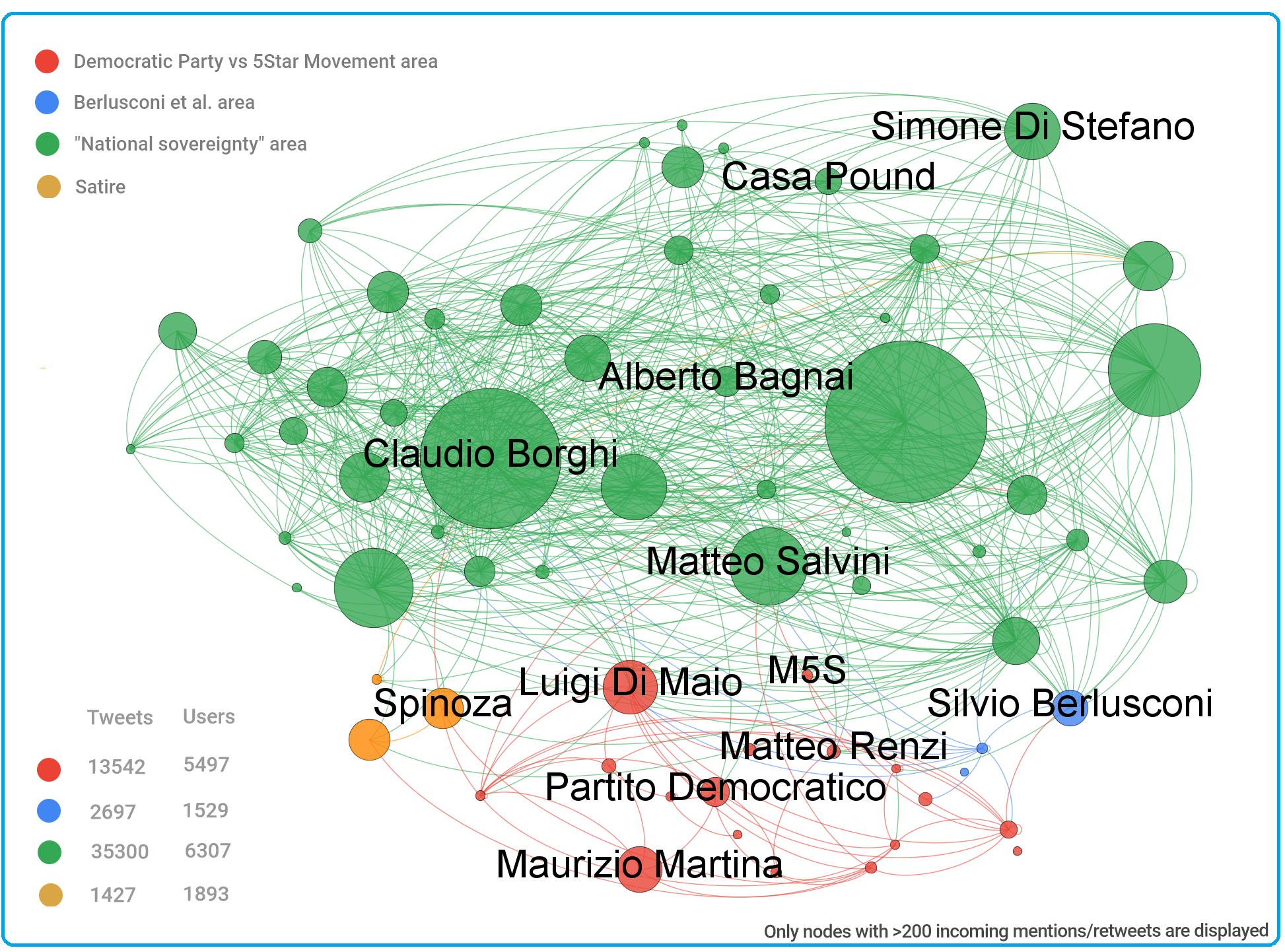 Figure 2.  Twitter “battle fronts” in action: a network map of  the main clusters in the “Euro-exit” debate

As Figure 2 shows, the first of these ‘battle fronts’ is defined by the clash between supporters and politicians of the Democratic Party and the 5Star Movement. Over 13,000 tweets originated from this region, which features important actors of the center-left area such as former Prime Minister Matteo Renzi, Maurizio Martina and many others. Luigi Di Maio is the main node – in terms of incoming retweets and mentions to his account – in a cluster otherwise populated mainly by democrats. This suggests that the Democratic Party might have seized the opportunity to score a political point over the change in the stance held by the 5Star leader. A smaller cluster (1,529 users) revolves around Silvio Berlusconi, who just recently launched his Twitter account. Northern League leader Matteo Salvini holds a central position in the third and largest cluster that we identified (over 35,000 tweets sent by 6,307 users), together with important players in the online debate about the euro-exit: this is the case for Alberto Bagnai, a professor in economics at Pescara University, who is one of the leading advocates of leaving the euro; Claudio Borghi, League’s economics spokesman; Simone Di Stefano, leader of neo-fascist movement CasaPound; and many others anti-euro activists who have built up a solid, cross-party support base over recent years.

To gain more insight into the state of the political discourse on euro-exit, we combined our network of Twitter users with an analysis of the opinions people expressed in their tweets. By means of natural language processing (NLP), we built a set of algorithms to recognize all tweets advocating that Italy leave the euro. 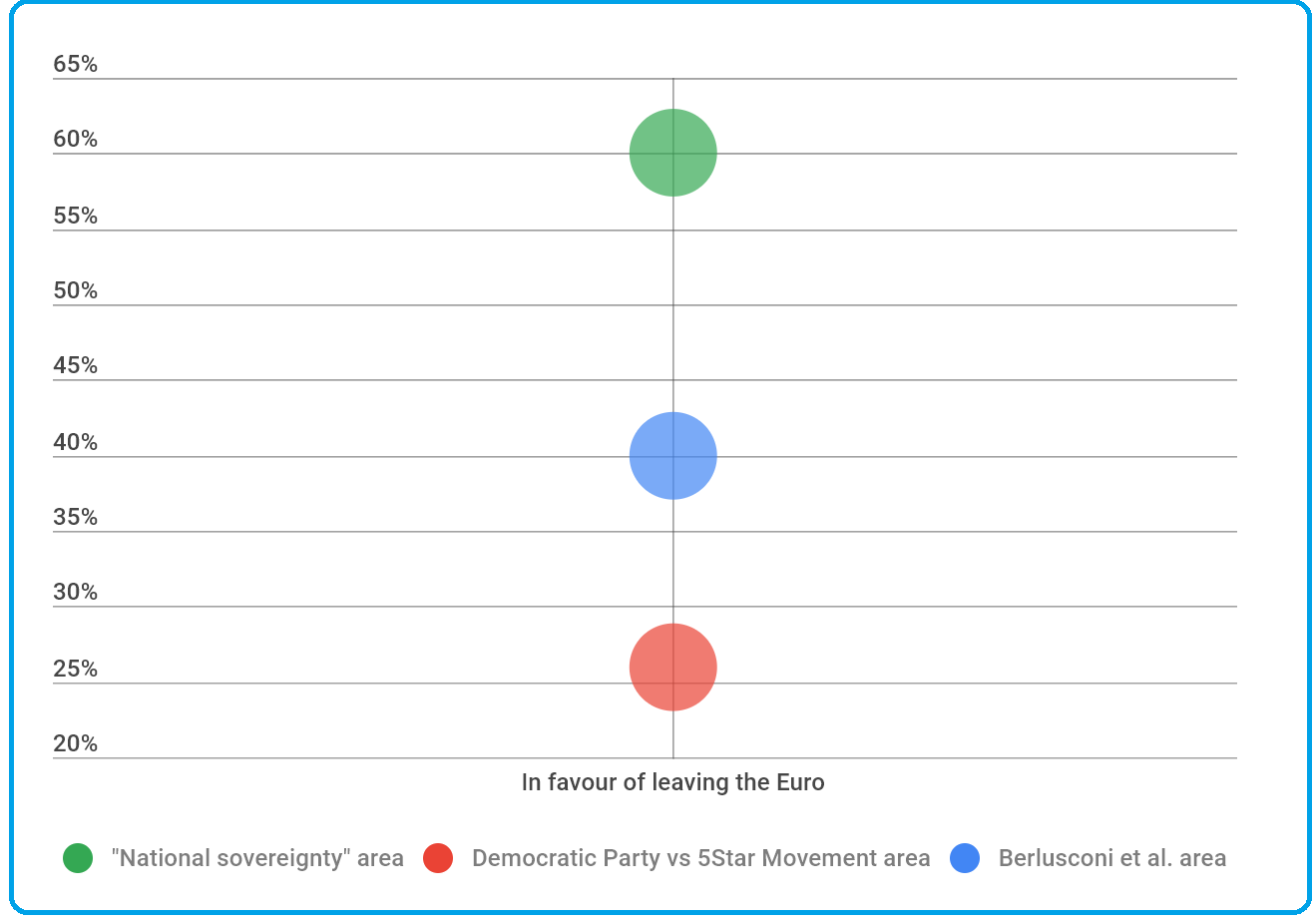 Figure 3. Shares of tweets in favour of leaving the euro, across clusters

As we show in Figure 3, it appears that both Di Maio’s statement and the emergence of policy differences in the centre-right bloc stirred anger and disappointment in the ranks of the eurosceptics. In fact, the majority of their tweets (about 60 percent) are calling for an exit from the euro or from the EU itself. Such claims come from users of different political affiliations, ranging from 5Star and League supporters to extreme right activists. They question the supranational role of the European Union, claim national control over monetary policy (‘monetary sovereignty’) to boost economic growth and employment, and share a nostalgia of the pre-common currency era, in which Italian firms enjoyed competitiveness boosts thanks to the frequent devaluations of the Lira. To a lesser extent (40 percent of the tweets), hostility towards the euro is also expressed in the ‘Berlusconi’ cluster, whilst in the battleground between the 5Star Movement and the Democratic Party (the red area in our map) the share of eurosceptic content is the lowest.

The debate about Italy and the euro is a long-standing one on Twitter. However, the recent events seem to have spiced up the discussion, bringing the topic in the arena of the electoral campaign. As Figure 1 suggests, the recent statements and controversies about the common currency seem to have created a groundswell of online reaction. To capture and measure this dimension, we trained a second set of algorithms to identify tweets containing criticism towards politicians’ U-turns. Here we used a broad criterion that included in this category all negative views expressed with regard to changes of policy or opinion, erratic statements, inconsistency and unaccountability. So, where does this criticism come from, and who are the targets of such attacks? 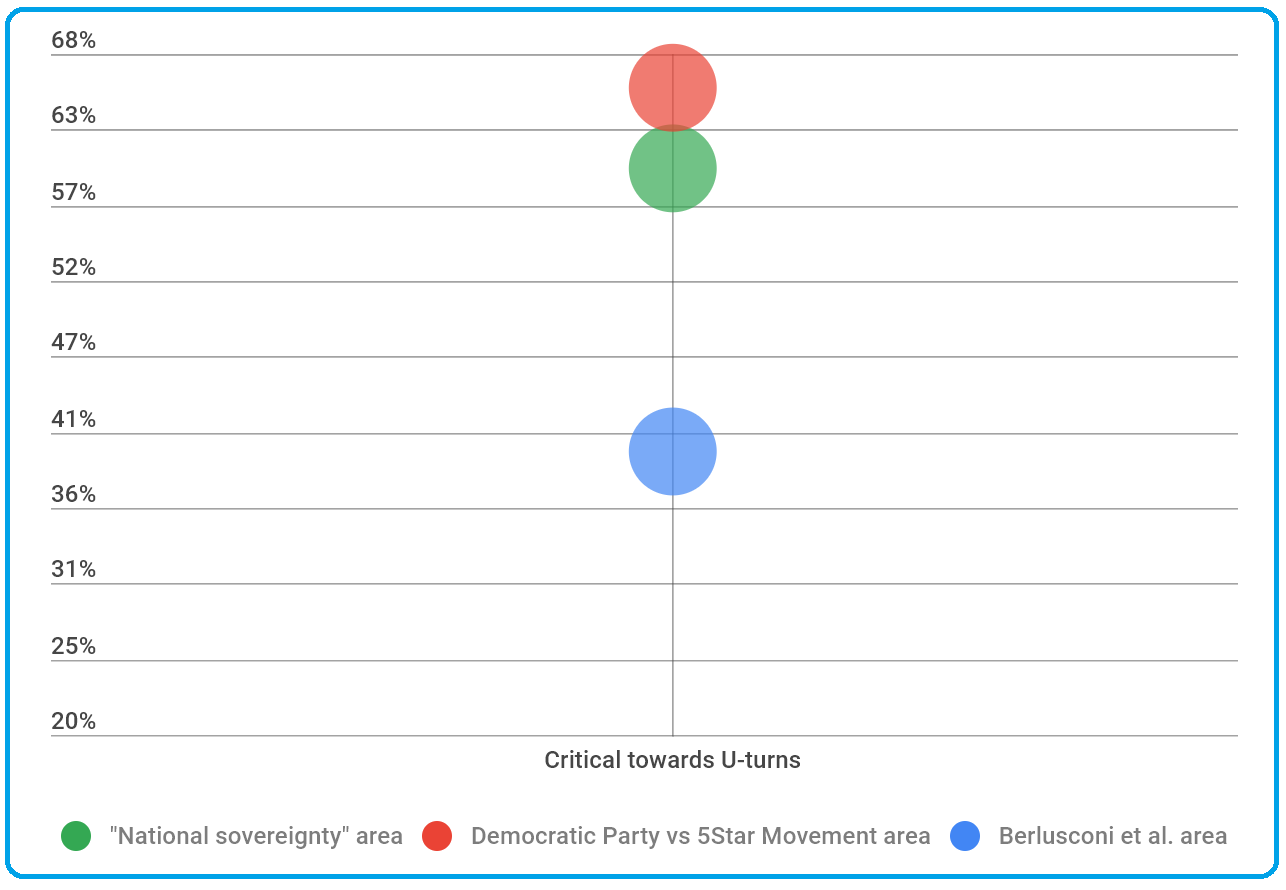 As we show in Figure 4, the negative reaction towards the U-turns is highest in the 5Star vs. Democrats cluster, accounting for about two out of three messages originated in this area of the debate. In a raft of critical posts, users took to Twitter to slam Matteo Salvini and – even more – Luigi di Maio. Critics of Di Maio claim that his reversal about the euro is symptomatic of the general unaccountability, incompetence and thrown-together nature of the 5Star movement. The U-turns about the euro have also drawn criticism from the heart of the eurosceptic area. A series of angry tweets (about 60 percent of the messages generated in this cluster) mocked Luigi Di Maio’s rollback, but for the most part expressed disappointment towards Salvini’s League. After years campaigning against the euro, joining a coalition with Berlusconi has been seen as a step backwards with regard to the Northern League’s stance on European matters. The League and its leader have been deemed likely to soften their tough line on Europe – and especially on the single currency. The most vocal, hard-core eurosceptics felt ‘betrayed’ by the one party with a clear anti-euro position, and claimed to be considering switching party: #oravotoCasaPound (“Now I’m voting CasaPound”) is one of the hashtags most frequently associated with this group of users – CasaPound being a neo-fascist, sharply anti-european formation.

With opinion polls split three ways, the recently approved electoral system looks unlikely to produce a clear-cut winner in the election. Any government in which eurosceptics have a substantial influence could have unpredictable consequences on the future of European integration, and hold back the process of reforming the EU.

Depending on the electoral strength of the anti-euro vote, recent U-turns and disagreements may have a serious impact both on the 5Star Movement and the Norhern League. 5Star premier candidate Di Maio has recently presented a 20-point programme which makes no mention of a referendum on Italy’s membership of the common currency, maybe considering how anti-euro rhetoric backfired on Marine Le Pen in last year’s French presidential election. In the centre-right bloc, Berlusconi is trying to present himself as a moderately pro-European, reassuring figure. Yet the Northern League does not seem too worried of deepening divisions with his ally: although the road to a referendum now seems further away, Salvini has not lowered anti-european tones, and aims at reaffirming his party as the only alternative for eurosceptic voters. On the other hand, the center-left Democratic Party, while still pro-EU, has not yet come out with a strong, long-term vision for Europe.

A shorter version of this article was published in Italian by the Corriere della Sera in January 2018.