The four divides of social Europe

EuVisions is an emanation of REScEU (Reconciling Economic and Social Europe: Values, Ideas and Politics), an ERC-sponsored project aimed at investigating the progressive divergence between the economic logic of European integration and the welfare state—culminating with the euro crisis—and formulating a positive and normative theory of their reconciliation. As such, EuVisions operates within the conceptual framework set by its parent project, and primarily under two guiding principles derived from neo-Weberian theory: first, a multi-causal logic of social action, combining ideational, material and institutional factors; second, a conflictual view of society and politics. In particular, it is around four lines of conflict—or divides—that the politics of social Europe is mostly structured: market-making vs. market-correcting; core vs. periphery; free movement vs. national closure; integration vs. autonomy.

As REScEU’s empirical arm, EuVisions has among its most immediate goals that of documenting the salience and characteristics of the four divides of social Europe, observing for each the main actors, their grievances and alliances, patterns of political behaviour, dominant ideas and discursive tropes. This is done throughout the project, but most notably in its data part, where the four divides constitute both a key criterion of data collection and an important variable across the four pillars. This page highlights this aspect of EuVisions by showing an overview of each of the four divides and their main empirical traits.

This divide separates the actors and ideas favourable to economic efficiency as a principle of social order from those supporting corrections to the market in the name of solidarity. After keeping the market and welfare logics together for the first few decades of its existence, the integration project has, in recent years, increasingly moved towards the former, to the point of being seen by many today as an essentially neoliberal project. Whether this is the right course for the EU or, conversely, market forces should be mitigated by some sort of European welfare system, is the question captured by this divide.

This divide separates those who argue for the principle of interstate solidarity in the EU, and those opposed to such ideas in the name of self-help and responsibility. Always a latent cleavage in the integration project, this conflict has come to the fore most recently and dramatically in the Greek bailout saga—a case which however raises more general questions about what, if anything, the richer EU member states owe the poorer ones. 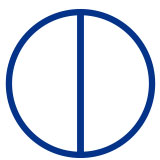 This line of tension originates in the EU’s freedom of movement rules, which have caused over the years an influx of workers from low wage member states to high wage ones—exemplified by the image of the “Polish plumber.” From the start, this phenomenon raised, in host countries, the question of what level of social protection immigrants should be entitled to—a question all the more pressing at a time in which national finances are under stress. The divide separates those answering this question inclusively from those who take a more exclusionary view of national welfare systems. 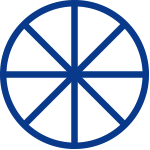 This line of conflict pits the forces of integration against the forces of dis-integration in Europe. With the euro crisis, the institutional equilibria and trajectory of the European project have increasingly come into question. The idea of an ever closer union is no longer taken for granted by many, and talk of competence repatriation and exit hypotheses have become part of the normal discourse in some quarters of the EU. Others, at the same time, think that only by taking a big leap forward in integration will the Union be able to save itself for the years to come.