Tracking the ideas, discourse and politics of social Europe

EuVisions is an observatory aimed at offering up-to-date information and analyses on crucial issues pertaining to the European Social Union (ESU) and the development of the European integration process. It was established as part of the ERC-funded REScEU project (Reconciling Economic and Social Europe: Values, Ideas and Politics) directed by Maurizio Ferrera, based at the University of Milan and the Centro di Ricerca e Documentazione “Luigi Einaudi” in Turin.

Combining academic rigour, the use of infographics and an eye on current events makes EuVisions a unique experiment, which aims not only to speak to different audiences and to bridge the gap between scholars and laypeople interested in this subject.

Analyses can be clustered into four separate streams:

The Social Media section provides innovative insights into the political attitudes and trends shaping the European Union, as seen through the lenses of social media analysis. EuVisions collects and analyzes data from social networking platforms to offer up to date information and research on political actors and public opinion about events and debates related to the European integration process.

The Political Visions section collects theoretical and philosophical insights into the idea of Social Europe. It offers different perspectives concerning the values that should shape the European Union, providing conceptual and normative tools to assess current European institutions and practices, and to foster European integration.

The Public Opinion section publishes analyses on attitudes towards the EU and the integration process gathered from single-country and cross-national surveys. In particular, the contributions of this section focus on orientations over the most contentious social and political conflicts dividing European voters and EU Member States and preferences towards policies and initiatives strengthening the European Social Union.

The Policy Focus section collects articles meant to inform on the facts, the decisions and the events that shape the social dimension of the European Union. They offer in-depth analyses and interpretations about the developments occurring within the EU political arena and try to identify possibility spaces for the strengthening of the European Social Union.

Thus, the whole production of EuVisions revolves around debates, data and facts pertaining to one of the following two general themes:

A part from its independent editorial production, EuVisions delivers contents related to European political debates to a variety of Italian and international media partners. Our dedicated section “In the media” highlights these contents.

EuVisions is based at the Dipartimento di Studi Sociali e Politici of the Università degli Studi di Milano.

If you want to get in touch with us, you can write at info@euvisions.eu. 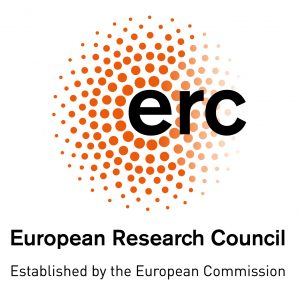 «Finding new means of supplying welfare and social services at a time when public institutions lack financial, political and human capital represents a key challenge for anybody who believes in an open, inclusive and prosperous Europe.»